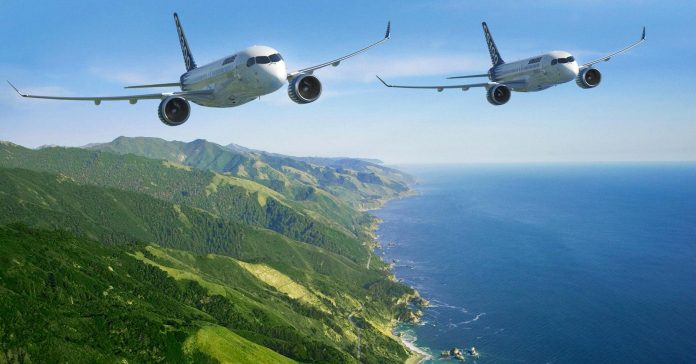 The so-called “special relationship” between the U.S. and U.K. was looking decidedly shaky Thursday morning after the U.S. Department of Commerce decided to slap heavy import tariffs on jets partly made in Northern Ireland.

U.K. Prime Minister Theresa May hinted that the U.S.’s decision Wednesday to slap import tariffs of 219.6 percent on Bombardier‘s C-Series jets after a complaint from Boeing could affect further trade relations with the aerospace company.

Speaking at a Bank of England event in London, May said she was disappointed at Boeing‘s behavior and is reported to have called her U.S. counterpart to discuss the matter.

She also defended free trade and criticized “a return to protectionism in international trade.” On Wednesday, the U.K. Defence Secretary Michael Fallon made similar comments but stopped short of canceling existing orders with Boeing, although he hinted that future contracts could be at risk.

“This is not the behavior we expect from Boeing and it could indeed jeopardize our future relationship with them,” Fallon told reporters in Belfast, Reuters reported. “Boeing wants and we want a long-term partnership but that has to be two-way.”

The tariffs were imposed after Canadian firm Bombardier’s rival, the U.S.-based Boeing, complained that Bombardier had received state subsidies from the U.K. and Canadian governments.

The U.S. Department of Commerce agreed, saying Wednesday that: “The U.S. values its relationships with Canada, but even our closest allies must play by the rules.”

U.S. Secretary of Commerce Wilbur Ross said in a statement that: “The subsidization of goods by foreign governments is something that the Trump administration takes very seriously, and we will continue to evaluate and verify the accuracy of this preliminary determination.”

The U.K. and Canada were quick to condemn the decision, with May tweeting that she was “bitterly disappointed by initial Bombardier ruling” and that the government would seek to protect jobs in Northern Ireland. Likewise, Canadian PM Justin Trudeau was reported to be “disappointed” by the move.

Bombardier employs around 4,000 people in the U.K. and the prime minister is under pressure to protect jobs in Northern Ireland, particularly as her government is reliant on ministers in the region to prop up her minority government in London.

Angela McGowan, CBI Northern Ireland Director, said Wednesday that Bombardier “makes a huge contribution to the Northern Irish economy. They are a major regional employer and support a wider supply chain that stretches across Northern Ireland.” In a statement, she added:

“The decision by the U.S. Department of Commerce represents a challenge to the Northern Ireland economy and places an important driver of regional economic growth at risk.”