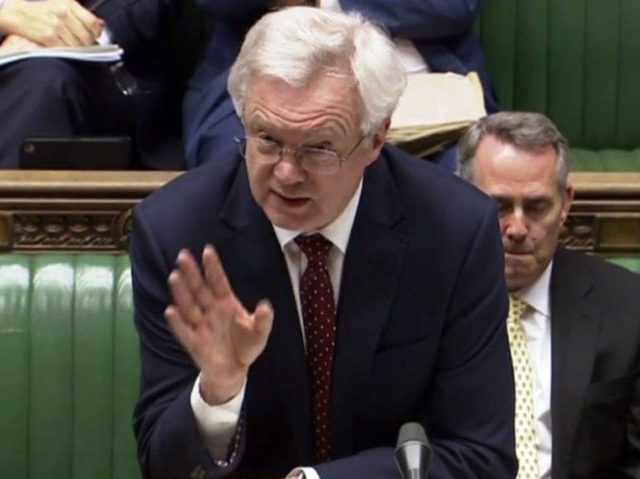 European Union rules that make it harder to deport foreign criminals and terror suspects will be some of the first to be repealed after Brexit, the government has promised.

Addressing the House of Commons on Thursday, Brexit Secretary David Davis told cheering Tory MPs the controversial European Charter of Fundamental Rights would be scrapped on the day Britain leaves the EU.

The measure will be part of the so-called Great Repeal Bill, which will transfer the majority of EU laws to the British statute book to ensure a “smooth and orderly” Brexit. The UK parliament will then be free to amend and repeal them as it sees fit.

Tony Blair took Britain into the Charter, which includes 50 “human rights”, in the year 2000.

Critics have blamed these rights for making it harder to remove terror suspects and foreign criminals from Britain.

Former justice minister and Leave campaigner Dominic Raab said: “Removing the Charter stops yet more skewed human rights obligations from being imposed on the UK via the European Court of Justice, which has weakened our ability both to stop dangerous criminals entering the UK, and remove them once they offend here.”

Mr. Davis said the bill “enables the return to this Parliament of the sovereignty we ceded in 1972 and ends the supremacy of EU law in this country,” thus ensuring “power sits closer to the people of the United Kingdom than ever before”.

Human rights legislation has been blamed for the failure to deport numerous criminals.

Just last year, a group of terror suspects were allowed to stay in Britain following a challenge to their proposed deportation under the Human Rights Act.

The men in question had been deemed a threat to national security due to alleged links to Al Qaeda. One was linked to a terror plot in the UK, while another is accused of having had “direct links” to Osama bin Laden.