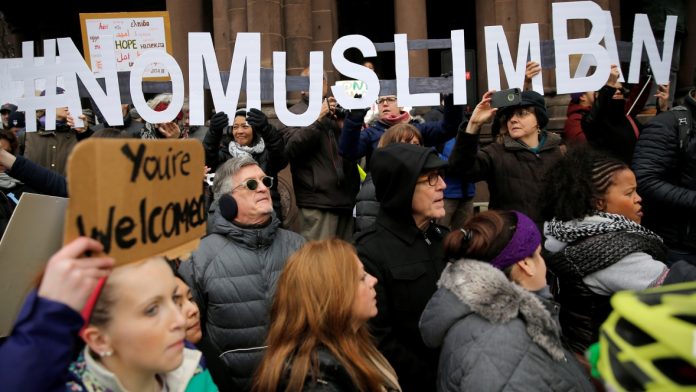 The U.S. Justice Department on Thursday appealed a ruling by a federal judge in Hawaii extending a suspension of President Donald Trump’s revised restrictions on travel from some Muslim-majority countries.

The appeal will be considered by the 9th U.S. Circuit Court of Appeals in San Francisco, which last month upheld a suspension of Trump’s first travel order.

Trump signed the revised ban earlier this month in a bid to overcome legal problems with a January executive order that caused chaos at airports and sparked mass protests before a Washington judge stopped its enforcement in February.

Trump has said the travel ban is needed for national security.

U.S. District Judge Derrick Watson on Wednesday turned an earlier temporary restraining order into a preliminary injunction in a lawsuit brought by the state of Hawaii.

The case challenged Trump’s travel directive as unconstitutional religious discrimination. Hawaii and other opponents of the ban claim it is based on Trump’s election campaign promise of “a total and complete shutdown of Muslims entering the United States.”

“The court will not crawl into a corner, pull the shutters closed, and pretend it has not seen what it has,” Watson wrote on Wednesday.

The Justice Department on Thursday also asked a Seattle federal judge to suspend separate litigation filed by Washington state against Trump’s travel restrictions until after the 9th Circuit rules on the Hawaii appeal.

In addition, the Justice Department earlier this month appealed a ruling from a Maryland judge against Trump’s revised executive order. That case will be heard by the 4th U.S. Circuit Court of Appeals in Virginia.