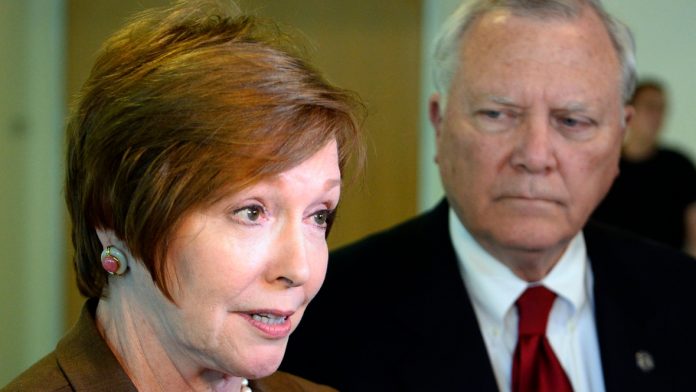 The director of the Centers for Disease Control and Prevention has resigned because of financial conflicts of interest, government officials announced Wednesday.

Dr. Brenda Fitzgerald’s complex financial investments presented conflicts that made it difficult to do her job, according to a statement from the Department of Health and Human Services, which oversees the CDC.

Alex Azar, who was sworn in as head of the department Monday, accepted her resignation.

Fitzgerald’s investments have “imposed a broad recusal limiting her ability to complete all of her duties as CDC Director,” HHS spokesman Matt Lloyd said in the statement. “Due to the nature of these financial interests, Dr. Fitzgerald could not divest from them in a definitive time period.”

When Fitzgerald took the job, she owned a range of stocks, including holdings in beer and soda companies, the tobacco company Philip Morris International, and a number of health-care companies. She said she sold some, but still has others because of financial restrictions that prevent her from selling them.

Democrats, who had criticized her appointment due to her previous involvement in partisan politics, including two unsuccessful runs as a Republican candidate for a seat in the U.S. House, questioned her ability to effectively carry out her duties as a result.

“I am concerned that you cannot perform the role of CDC director while being largely recused from matters pertaining to cancer and opioids, two of the most pervasive and urgent health challenges we face as a country,” Democratic Senator Patty Murray wrote in a letter to Fitzgerald that was made public in December.

Fitzgerald came to the agency after six years as the head of Georgia’s health commission.

Her appointment last year was announced by Tom Price, who held the HHS post before Azar, but was forced to step down himself due to an expenses controversy.