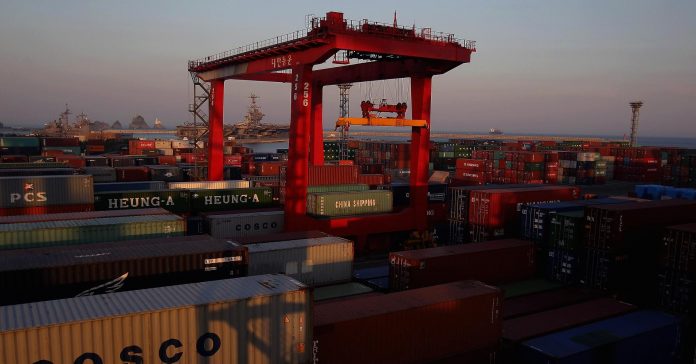 Deborah Elms, executive director at the Asian Trade Centre, pointed to one big problem with the USTR’s claim that Korus was causing a goods trade deficit: The sectors that were responsible for it, which were electronics and autos.

Additionally, “if we have a trade deficit in autos, it’s really hard to blame Korus for that because the timeline for Korus hasn’t done anything to autos yet,” she said.

Others also noted that it would be difficult for the USTR to pin specific issues on the deal.

“The trade agreement came into effect five years ago and under normal kind of conditions you would not be making a decision at this early stage of the success of the FTA,” Joshua Meltzer, senior fellow in global economy and development at think tank Brookings Institution, told CNBC’s “Street Signs” last week. “A lot of the provisions are phased in over a number of years and are only coming into effect now.”

Meltzer also noted that the rise in the goods trade deficit might be simply macroeconomic, with South Korea entering a recession shortly after the deal was completed in 2011.

“Korea naturally was going to be importing less than the U.S. and the U.S. was growing quite strongly and so it was sucking in more imports from Korea,” he said. “It’s not clear, fundamentally, what is the problem with the trade agreement and certainly what could be done to address the bilateral deficit.”

Others noted that it wasn’t entirely clear who was being hurt by the deal.

“Our companies tell us that it is a good deal as written,” Tami Overby, the senior vice president for Asia at the U.S. Chamber of Commerce, told CNBC last week.

She noted that around 95 percent of the tariffs U.S. companies had faced on products going into South Korea had been reduced to zero, and once the deal was fully implemented, that would go to as high as 99 percent.

“Those are huge tax cuts for American companies,” she said.