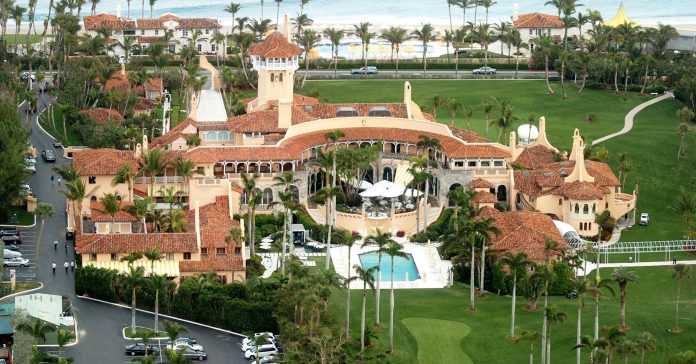 For the first time since he entered the White House, the world will get a glimpse of how President Donald Trump really deals with the sticky issues of trade when he meets Chinese President Xi Jinping.

Making American trade fair was a cornerstone of Trump’s presidential campaign, but so far, it’s been an intangible for markets. That may soon change.

Trump hosts Xi at Mar-a-Lago Thursday and Friday, and even the exchanges and interplay between the two leaders on Trump’s private Florida resort could send an important signal on where his administration plans to take the difficult trade relationship with China.

“The markets want to see that the president’s efforts to prepare for tariffs are just mainly a negotiating ploy, and not a serious pre-commitment. If President Trump’s already made up his mind that he’s going to hit China with big tariffs, the market wants to know that now,” said Paul Christopher, Wells Fargo Investment Institute chief international investment strategist.

Ahead of the meeting, Trump has already tweeted that it will not be easy. “The meeting next week with China will be a very difficult one in that we can no longer have massive trade deficits … and job losses. American companies must be prepared to look at other alternatives.”

Candidate Trump threatened tariffs and called out countries that he claimed are unfair to the U.S., including Mexico and China. In the background, markets have feared, but not reacted to the idea that his comments could create retaliatory trade clashes and harm the economy.

How far he is willing to go has remained unknown, even as his administration moves forward to renegotiate the North American Free Trade Agreement with Mexico and Canada. He tasked Commerce Secretary Wilbur Ross to look at practices behind U.S. trade deficits.

“I think what markets care most about is stability in China. As long as President Trump doesn’t disrupt that, which I don’t think he’ll do, or disrupt Chinese buying of Treasury bonds, markets will handle it quite well,” said Erin Browne, portfolio manager and head of macro investing at UBS Asset Management’s hedge fund unit, UBS O’Connor.

Analysts aren’t optimistic that much will come of the initial meeting with the Chinese president, but there is a chance it could affect markets. “We might get that sort of thing next week or we might not. Trade has not been a part of the market’s rally since November. So far, they’ve only been talking about growth positives,” Christopher said.

The administration has also not taken a position on where it stands on the border-adjustment tax, a proposal in the House tax reform plan that would tax all imports to the country at 20 percent and not tax exports. Proponents say it would create U.S. jobs and increase exports, but it has opposition in the Senate and there is concern it will create inflation and hurt consumers and companies reliant on imports, like retailers.

Steven Wieting, global chief strategist at Citi Private Bank, said the most important things to see coming from the meeting between Xi and Trump will be “progress and cooperation.” What will come out of it is unclear. “

I’ve been asking when do we focus specifically on trade policies and I just can’t tell whether this meeting really means that. It’s high on my list of things to be watching,” he said.

China was by far the largest exporter to the U.S., shipping $462.8 billion in goods last year, and running a deficit of $347 billion. The U.S. is Mexico’s largest export destination, and the U.S. trade deficit with Mexico was $63 billion.

Xi is also being watched closely for his role in the relationship. China has been assertive in its right to pursue military activities in the South China Sea, but Xi has also worked to establish China as a new economic leader.

“Everyone remembers that Davos speech,” said Wieting. Xi, in the January speech at the World Economic Forum, defended globalization and warned against trade wars that would hurt global growth.

Wieting said he does not believe the Trump administration will ultimately go down the path of starting trade wars: “Wilbur Ross has said the trick is expanding U.S. exports, and that would be the best way forward. If that indeed is the case and that’s the attitude … you can have a win, win situation.”

But others in the administration, like trade adviser Peter Navarro, have made much more strident comments about China and other U.S. trade partners such as Germany.

Christopher said there is a perception that some of the early rhetoric may not amount to much. He said the market is already judging the changes to NAFTA to be less damaging to Mexico than first believed. With help from its central bank’s rate hike regime, the peso has been recovering and is up 9.5 percent year to date. Mexican stocks have also performed well, reaching record highs just this past week.

“The market’s been reversing itself on Mexico and on NAFTA for some time. The initial reaction was the bludgeoning of Mexico and the peso,” Christopher said. “I think the market’s anticipating a renegotiated NAFTA that’s not so bad as people were fearing.”