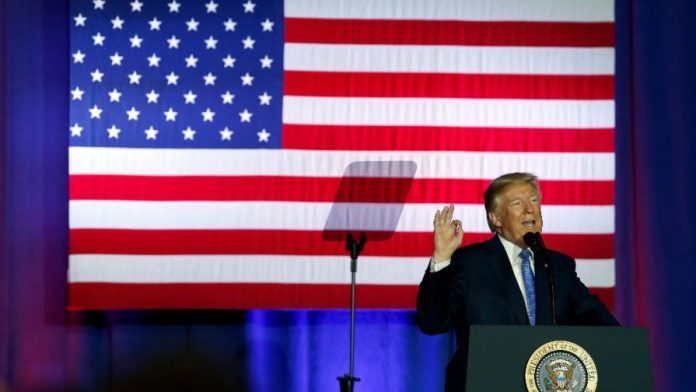 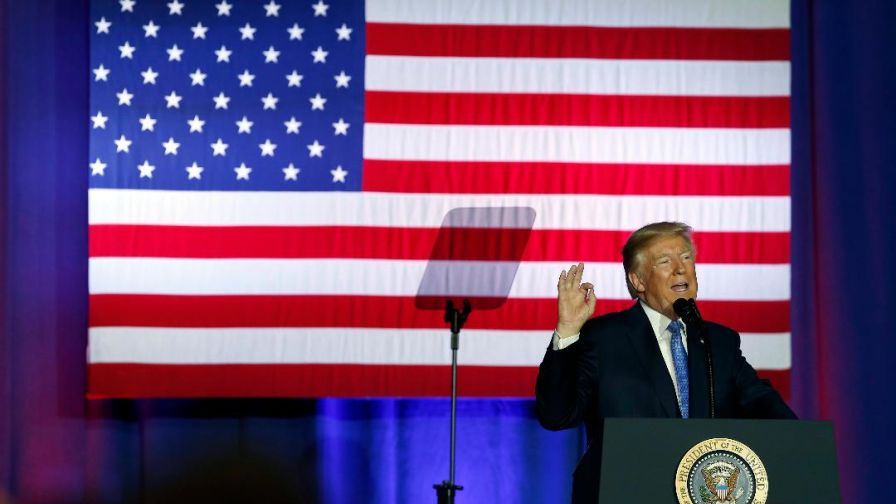 President Trump said Friday that Republicans’ proposed tax cuts will be “rocket fuel” for the economy, as he stepped up his sales pitch for the sweeping plan that aims to simplify the tax system and cut rates for individuals and corporations alike.

Trump, in address to the National Association of Manufacturers, said he’s working to lift burdens so businesses can “thrive, compete and grow.”

“At the very center of that plan is a giant, beautiful, massive — the biggest ever in our country — tax cut,” Trump said.

He added, “Under my administration, the era of economic surrender is over – and the rebirth of American industry has begun.”

The GOP tax framework, unveiled earlier this week, already has run into some criticism – especially from high-tax blue states – for a call to eliminate certain itemized deductions on state and local income and property taxes.

But the White House argues that they want to expand the base and give an overall tax cut to the middle class — and jump-start the economy.

Trump, in his Friday address, zeroed in on a call to end the estate tax, also known as the “death tax” – and especially a proposal to cap the top tax rate for income of small and family-owned businesses at 25 percent, down from 39.6 percent.

“It will be rocket fuel for our economy,” Trump said Friday.

The overall framework plan calls for increasing the standard deduction to $12,000 for individuals and $24,000 for families, which essentially doubles the amount of personal income that is tax-free.

The stakes are high, after Republicans a day earlier scrapped their latest effort to repeal and replace ObamaCare. Now, the legislative focus will shift to tax reform, which Trump has been eager to tackle since taking office.

The broad-stroke plan was hammered out for months by a half-dozen congressional Republicans and Trump administration officials known as the Big Six.

The number of tax brackets would be collapsed from seven to three. The individual tax rates would be 12 percent, 25 percent and 35 percent — and the plan recommends a surcharge for the very wealthy. But it does not set the income levels at which the rates would apply, so it’s unclear just how much of a tax change there might be for a typical family.

Corporations, meanwhile, would see their top tax rate cut from 35 percent to 20 percent.