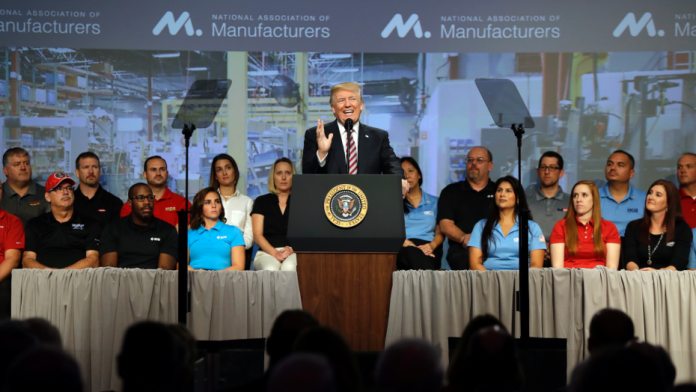 WASHINGTON –  President Donald Trump pledged a relentless effort to help Puerto Rico recover from hurricane devastation Friday after his homeland security chief stirred a tempest of her own making by declaring the federal response a “good news story.”

Elaine Duke, the department’s acting secretary, drew a sharp rebuke from San Juan’s mayor for seeming to play down the suffering.

Duke visited the island Friday to survey damage and meet local officials. Asked about her Thursday “good news” comment, she said: “There is so much more to do. We will never be satisfied. That is why we are here.” She had described “our ability to reach people and the limited number of deaths” as the good news.

Trump said Puerto Rico is “totally unable” to handle the catastrophe on its own. “They are working so hard but there’s nothing left,” he said. “It’s been wiped out.”

He said all appropriate agencies of the government “are fully engaged in the disaster and the response and recovery effort.”

This followed his flurry of boasts in recent days about the positive reviews he said his administration is getting from Puerto Rico and the U.S. Virgin Islands for its relief effort. Many in the devastated zones have said help is scarce and disorganized and food supplies are dwindling in some remote towns after Hurricane Maria.