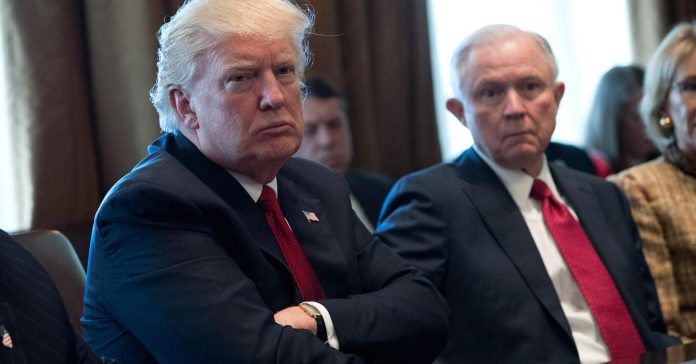 President Donald Trump has been talking to his friends about possibly asking Attorney General Jeff Sessions to prosecute Robert Mueller, the special counsel overseeing the Russia probe, and his team, NBC News reported.

The revelation appears in a news analysis piece written by Howard Fineman, an NBCNews.com contributor and an analyst for MSNBC.

Fineman quotes an unnamed Trump advisor as saying: “Here’s how it would work: ‘We’re sorry, Mr. Mueller, you won’t be able to run the federal grand jury today because he has to go testify to another federal grand jury.'”

It’s unclear what charges Mueller could possibly face in such a situation.

An unidentified friend of Trump added, according to the article: “I think [the president has] been convinced that firing Mueller would not only create a firestorm, it would play right into Mueller’s hands … because it would give Mueller the moral high ground.”

The White House did not immediately respond to CNBC’s request for comment.