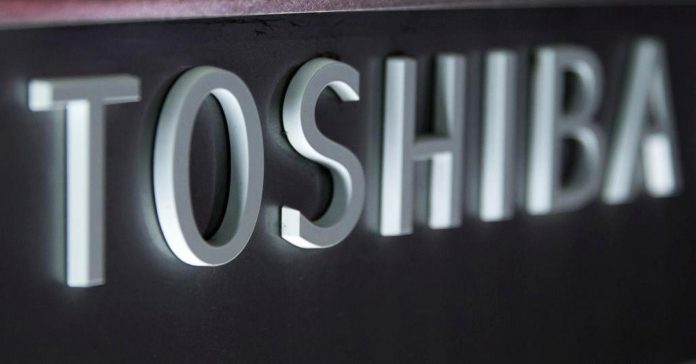 Toshiba shareholders agreed to split off its prized NAND flash memory unit on Thursday, paving the way for a sale to raise at least $9 billion to cover U.S. nuclear unit charges that threaten the conglomerate’s future.

Coming a day after Westinghouse filed for bankruptcy, the extraordinary general meeting saw angry shareholders vent at CEO Satoshi Tsunakawa, with one noting that managers had only last year described the chip and nuclear businesses as core units at the conglomerate.

“How can something that was supposed to be a pillar turn into a hole,” said the shareholder, asking Tsunakawa about the company’s nuclear business.

“Toshiba has become a laughingstock around the world. You have no clue what’s going on,” shouted another.

Toshiba, which expects to book an annual net loss of 1 trillion yen ($9 billion) for this business year on a writedown at Westinghouse, has said it is selling most or even all of a unit that is the world’s second-biggest producer of NAND chips.

Initial bids for the sale closed on Wednesday.