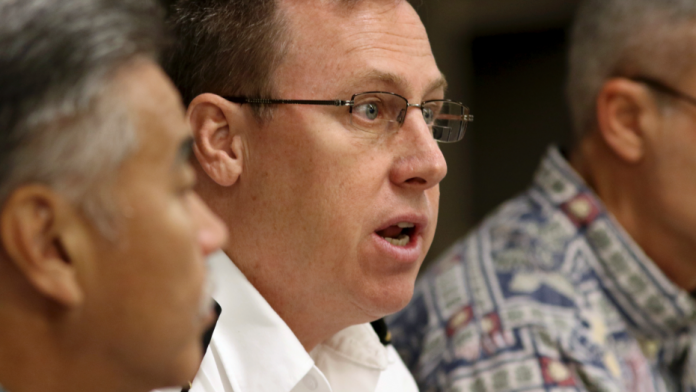 Here’s a timeline of what happened:

8:05 a.m. — The midnight shift supervisor started a no-notice ballistic missile defense drill at shift change. In a phone call, the supervisor pretended to be U.S. Pacific Command to initiate the drill. The supervisor said ahead of and after the drill, “Exercise, exercise, exercise.” However, it also contained the language, “This is not a drill.” The day shift warning officers received the message on a speaker phone. The FCC says while the other officers understood this to be a drill, the person at the alert origination terminal “claimed to believe, in a written statement” that this was a real emergency and not a drill. The officer responds, as trained, by sending a live incoming missile alert.

8:07 a.m. — The state emergency agency employee selects the template for a live alert from a drop-down menu, and clicks ‘yes’ in response to a prompt that reads, ‘Are you sure that you want to send this Alert?’

8:08 a.m. — The head of the Emergency Management Agency, state adjutant general Maj. Gen. Joe Logan, speaks to the warning center and is notified of false alert.

8:10 a.m. — Logan confirms with U.S. Pacific Command that there was no missile launch. Honolulu police are notified of the false alarm.

8:12 a.m. — The state issues a cancellation that prevents the message from being sent to phones that hadn’t previously received it, such as those out of cellphone coverage range or had been turned off.

8:19 a.m. — If there had been a real missile, this is about when it would have hit the islands. It is estimated that a missile would take about 20 minutes to reach Hawaii from North Korea. Officials say it would take about five minutes for the military to analyze the launch trajectory and notify the state, leaving only 12 to 15 minutes of warning time before impact.

8:27 a.m. — Officials determine that a Civil Emergency Message is the best way to correct this message, which the Federal Emergency Management Agency confirms three minutes later.

8:45 a.m. — Cancellation of warning sent to cellphones: “There is no missile threat or danger to the State of Hawaii. Repeat. False Alarm.” The state said it issued the cancellation after getting authorization from FEMA. However, FEMA said its approval was not required.