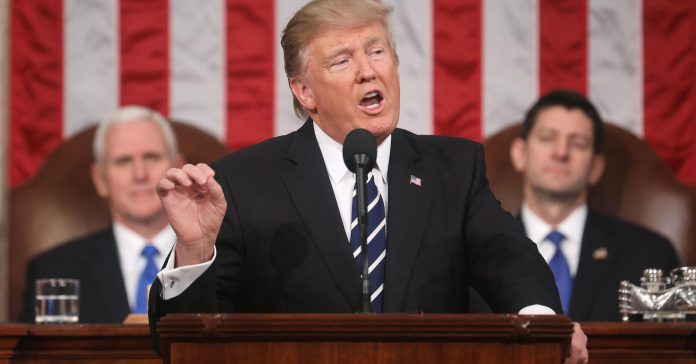 President Donald Trump was slated to deliver his first State of the Union address before a joint session of Congress on Tuesday evening.

The speech, likely peppered with calls for unity and reconciliation, is going to be delivered to a Congress plagued by fraying negotiations and partisan divisions on issues such as sanctions on countries like Russia, federal funding and the ongoing investigations into the Trump campaign’s ties to Russia.

The address will provide a rubric for the Trump administration’s policy goals on trade, immigration, infrastructure and national security for the year ahead.

The White House made excerpts available more than two hours before the speech. Read them below: