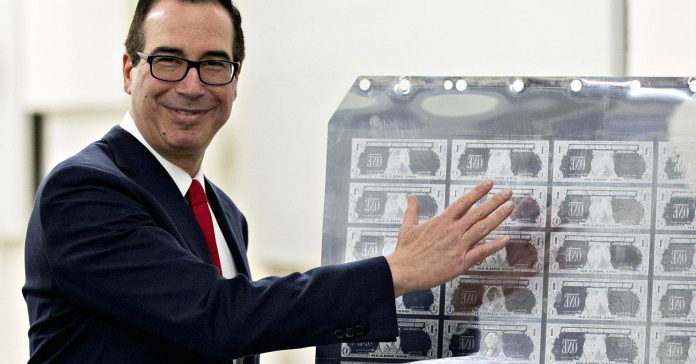 Rapidly mounting debt in the U.S. may be the trigger that bursts the bond bubble, one private equity investor told CNBC on Wednesday, echoing concerns of financial veterans Alan Greenspan and Paul Tudor Jones.

Asked where he expected the catalyst to come from amid a gradually quickening bond sell-off, Jordon Kruse, managing director at Oaktree Capital Management said, “It wouldn’t surprise me if it started off in the States.”

This is because “the aggressive nature of debt issuance in the last 10 years since the financial crisis is such that you have a very full market with a lot of fast money that’s invested in debt,” Kruse explained, naming exchange-traded funds (ETFs) and collateralized loan obligations (CLOs) as some of these investments.

Several Wall Street observers have warned that a collapse in the debt market could be particularly nasty because current debt levels are so massive.

“There is almost twice as much non-investment grade debt outstanding today as there was in 2007, and it’s about $2.4 trillion,” Kruse, who runs a U.S. distressed private equity fund, said. “So the kindling for the fire is there, it’s just a question of what the trigger is.”

The U.S. Treasury is set to issue nearly $1 trillion in debt in 2018, due in large part to the Trump administration’s massive new stimulus programs requiring vast sums of borrowed money. Many fear this this issuance is ill-fated, given the recent surge in U.S. yields and Federal Reserve plans to raise interest rates and withdraw liquidity from the market after years of quantitative easing.