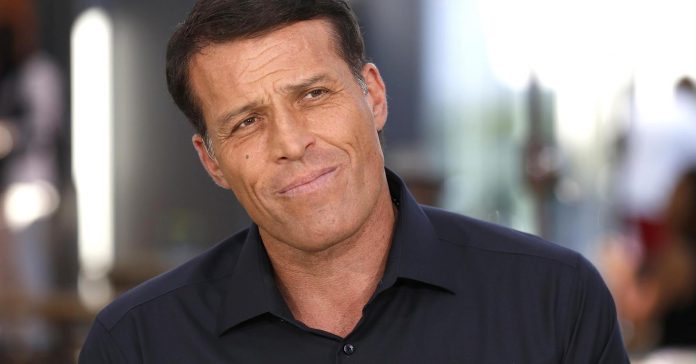 With headphones on, music playing, Robbins ran around to get the job done. “I was not paid for my time, I was paid for the result,” he emphasizes.

Being a janitor allowed him to not only work more, but also faster and better. “I also had the free time to think and feed my mind,” he says.

By working the part-time job making $40 a week, Robbins was eventually able to invest in himself and form a billion-dollar empire through being a founder or partner at over a dozen different companies.

Robbins offered advice to those who wonder about the best kind of job to start with while young. His answer: One that teaches self-discipline.

“I think if you can find a place where you can do something that gives you freedom and gives you a chance to really take control of your own time, it leads toward the idea of maybe owning your own business,” Robbins says.

And if you choose not to open your own business, that’s fine too. “At the very minimum if you work for someone else, you’ll be able to be entrepreneurial, which will guarantee your success because you’ll think like an owner, not like an employee,” Robbins says.

“I think anything where you have to discipline yourself on your own time is a really useful thing,” he says, “because it gives you more options.”

More from iCONIC:
3 lessons about success from the founder of a business driving $1 billion sales

Why this self-made multimillionaire says you can’t rush success