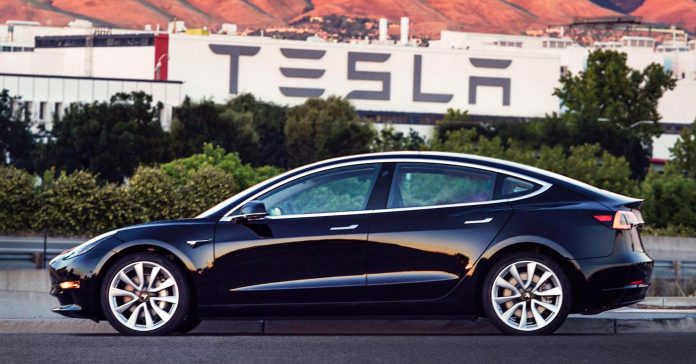 There isn’t a big network of suppliers who can make or refurbish the parts that go into a Tesla, or any other electric vehicle, says Xavier Mosquet, a senior partner with Boston Consulting Group in Detroit. For those reasons, it’s not surprising that Tesla runs “reman” lines of its own.

However, current and former employees say that Tesla leverages its remanufacturing group to deal with new car production problems, which is unusual. Tesla denies this is happening.

Job descriptions show that remanufacturing at Tesla includes a much broader set of responsibilities than refurbishing used parts.

One recent listing said candidates should have the “ability to identify and analyze new failures [sic] modes from both the field and manufacturing lines,” suggesting that Tesla’s remanufacturing line deals with parts coming off its own assembly lines.

Another for a team process leader in the “Vehicle Reman Center” in Fremont, California, where Tesla makes its new cars, said the candidate would “lead the Value delivery system created to repair and remanufacture Tesla electric vehicles,” and “lead daily operations…on large volume, electric vehicle repair and reconditioning value streams.”

Tesla claims that these job listings reflect the fact that remanufacturing experts evaluate and analyze a wide range of factors to figure out why a particular part failed in the field. These experts then sometimes feed this information back to other groups, including manufacturing groups.

He said, “Problems are unavoidable in any factory. ‘Rework’ does happen…These listings speak to what is probably a large amount of product that has either not been built to specification or that has been built to an incorrect specification where the error wasn’t found until later.”

In autos, there is a widespread philosophy of “right the first time,” Girvan added. Usually, automakers spend a lot of time on planning and prototypes before going into full production. One reason for a cautious approach is that too much scrap, and a high portion of parts that need rework, can eat into the already-challenging profit margins of auto assembly.

“Remanufacturing is not unique to Tesla, it is something that other manufacturers do too. Remanufacturing involves taking older parts and reconditioning them so they can be used for cars when they eventually come in for service. Rather than making new parts from scratch, this is good for the environment and if done well, is equally good for the customer. Any ‘expert’ claiming there is something unusual about this or that it has something to do with the quality of cars that come off a production line is either very confused or just completely wrong.”

Tesla did not disclose its “first pass yields” to CNBC.This number indicates what portion of a manufacturer’s new cars were created using standard processes, not requiring the extra effort and expense of rework.

At least, Girvan said, “It’s better to catch a defect in the factory and fix it — far better than something occurring in the field involving a customer’s vehicle.”

Regarding the overall quality of its cars coming off the line, Tesla issued the following statement:

Our goal is to produce perfect cars for every customer. Therefore, we review every vehicle for even the smallest refinement. We care about even the smallest imperfection like a slight paint gloss texture or a wheel alignment check. We then feed these improvements back to production in a pursuit of perfection. This is reflected in the overall efficiency of the factory, which has improved dramatically. For example, the number of labor hours needed to complete a Model S or Model X vehicle has decreased. Whereas before, it took three shifts with considerable overtime to produce our target annual production of 100,000 Model S and X vehicles, now it can be done with only two shifts and minimal overtime. Nothing speaks to this more than the fact that Tesla has the highest customer satisfaction levels and the highest percentage of customers who say that their next car will be a Tesla in the entire global auto industry.

In terms of the line stoppage in February, Tesla issued this statement:

Our Model 3 production plan includes periods of planned downtime in both Fremont and Gigafactory 1. These periods are used to improve automation and systematically address bottlenecks in order to increase production rates.