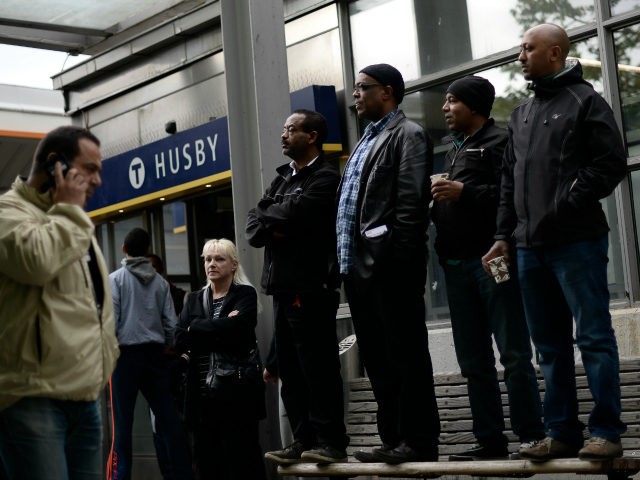 Feminists in Stockholm are leaving areas like the notorious migrant-heavy no-go zones of Husby and Tensta because they say religious fundamentalists now rule those suburbs.

Nalin Pekgul is a self-described feminist and former member of parliament for the left wing Swedish Social Democrats. For over 30 years, she lived in the Stockholm suburb of Tensta but says that she no longer feels safe there. She claims Muslim fundamentalists have taken over and she doesn’t feel she can visit the centre of Tensta without being harassed, Swedish broadcaster SVT reports.

According to Ms. Pekgul, the situation for women in public life in the area has deteriorated over the past several years. She noted that there has been a rise in religious fundamentalism amongst the men in the area, many of whom come from migrant backgrounds. Pekgul attempted to combat the trend by organising coffee shop meetings but soon abandoned the idea.

“In Tensta I am a known face and I have no desire to stir up trouble when I get harassed,” Pekgul said explaining why she no longer goes into the centre of the suburb. When asked if she will remain in the suburb, she said: “I always hope that it will blow over. One should never forget that the vast majority here are cursing the fundamentalists.”

Zeliha Dagli, a former Left Party politician, did end up moving from the no-go suburb of Husby. Dagli described Husby as having self-appointed “morality police” who attempt to control women’s behaviour in the area.

Aggression toward feminists, in particular, became an issue she said. “There were rumours that we wanted to take away women’s veils,” she said. “They said that I should keep myself, and then I did not feel so safe anymore.”

Dagli now lives in the inner city area of Stockholm and says she is happier that she can wear or say what she wants without fearing for her safety. She said she would consider returning to Husby, but only if the area became safer for her.

Husby, like the no-go suburb of Rinkeby, is heavily populated by migrants, many of them from countries in Africa and the Middle East and many of them Muslim.  In May of last year, a Norwegian film crew was attacked by a group of locals in Husby while they were attempting to interview Swedish economist and author Tino Sanandaji.

Sanandaji, a Kurdish Iranian immigrant, has been slammed by many in Sweden for his new book Mass Challenge which describes the problems Sweden has faced because of mass migration. One library in Stockholm even refused to stock the book accusing it of being racist.