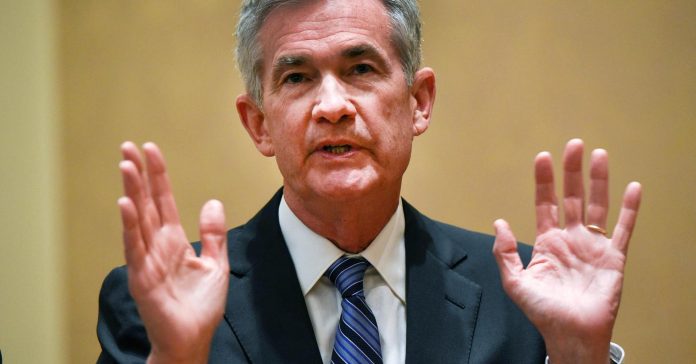 Powell is not an economist and has a reputation of speaking simply, clearly articulating Fed policy.

“He could be a great presenter. That could be enough to calm the market down. We’ll understand where he’s trying to take policy,” he said.

The Fed provided a road map for Powell’s comments in its Monetary Policy Report on Friday. “The meat of the message is going to be out there. The variables we don’t know are what kind of questions he’s going to get,” said Goncalves.

The bond market was tame in the session before Powell’s testimony. Yields, which move inversely to price, were lower across the curve, and the 10-year was at 2.86 percent, down from 2.95 percent just last week.

Scott Redler, partner with T3Live.com, said the next level to watch on the S&P 500 is a band between 2,790 and 2,810. “It’s the next level of resistance that could cause a bit of a pause, but how we digest there will be important to see if it can work its way back to the 2018 highs,” said Redler.

Redler said the rally needs to broaden out and include more sectors.

“In order for us to get back to new highs, we’re going to need more participation,” he said. “Most of this bounce has been mega-cap tech and the banks. Energy and small-caps and bios have lagged.”

He said the market will be hanging on Powell’s comments. The new chair’s views are expected to be similar to those of former Fed chair Janet Yellen, but perhaps slightly less dovish and more focused on banking deregulation.

Stocks should do better, as long as interest rates don’t spike back up suddenly, which could happen if Powell sounds hawkish.

Economic reports Tuesday include durable goods and advanced economic indicators at 8:30 a.m. ET. S&P/Case-Shiller home prices are expected at 9 a.m., and consumer confidence is due at 10 a.m.