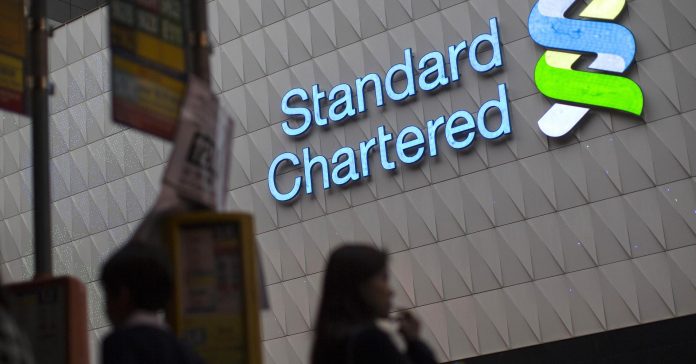 Standard Chartered Bank could triple its profit for 2017, thanks to rising interest rates and efforts to streamline operations, going by a Reuters poll.

The London-headquartered bank is expected to report pre-tax profit of $2.978 billion for the whole of last year, nearly three times more than the $1.093 billion posted one year ago in 2016, according to analysts polled by Reuters.

Such improvements in the bank’s earnings mean Stanchart could resume paying dividends after it stopped doing so in 2016, analysts said. The bank is due to release its financial report card for the year 2017 at 12:15pm HK/SIN on Tuesday.

“I think the company can afford at least a symbolic dividend payout ratio of something like 10 U.S. cents per share,” Ronald Wan, non-executive chairman at Partners Financial Holdings, told CNBC before the release of the bank’s latest earnings.

HSBC is often seen as Stanchart’s closest rival as both are banks based in the U.K. but conduct much of their business internationally, with a heavy focus on Asia.

HSBC, the largest bank in Europe by assets, announced last week a 141.4 percent jump in reported pre-tax profit to $17.17 billion in the year 2017. Its reported revenue for the year was $51.4 billion, up 7 percent from the previous year.

Stanchart’s Hong Kong-listed shares traded 0.22 percent higher at 10:30am HK/SIN, while HSBC was down 0.63 percent at the same time.