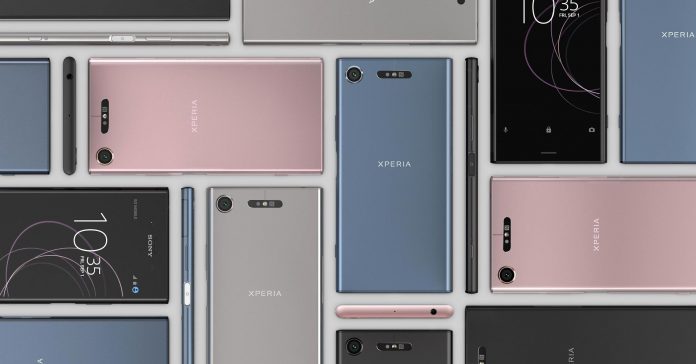 Sony launched two new smartphones on Thursday that can capture 3-D images which could pave the way for augmented reality (AR), gaming, and 3-D printing applications.

The 5.2-inch Xperia XZ1 and 4.6-inch XZ1 compact are the Japanese electronics giant’s latest devices launched into the increasingly competitive market, just days ahead of Apple’s latest iPhone models are expected to be released.

The standout feature on the smartphone is the ability to capture images in 3-D. A user opens the camera and can walk around a subject, such as a person’s head or a plate of food. The software is then able to render a 3-D image of that, which can be edited.

A user can then place that 3-D image into Sony’s augmented reality app. Currently, the company is looking for developers to create new applications for this. One possibility could be the ability to send the image to be 3-D printed.

Gaming is another key area. A spokesperson told CNBC that the company is “discussing possibilities” about how 3-D capture could be used in gaming. Sony of course owns PlayStation. It’s easy to imagine that this could allow users to put their own heads on game characters, something Sony could potentially monetize.

Augmented reality, where digital images can be imposed onto the real world, could be big business. Apple is one company that has made itself a big player in the space, recently releasing a developer toolbox called ARKit. This allows AR apps to be created for the iPhone.

Google’s Project Tango and its recently-launched ARCore toolkit are other rivals in the AR space. Sony could take advantage of the AR buzz in the near-term.

“I think this fall AR is going to be enormous because of what Apple is doing with ARKit on the iPhone,” Ian Fogg, head of mobile at IHS, told CNBC by phone.

“Sony has an enormous opportunity to ride on the back of Apple with 3-D capture and AR capabilities on their new smartphones because like Apple, they are using regular smartphone camera technology to do 3-D capture and augmented reality, which could be mainstream, scalable and quick to bring this to market.”

The Japanese firm struggled for a long-time with a loss-making mobile business. But in its fiscal year ended March 31, the mobile division returned to profit, helped by the company streamlining its portfolio of devices and focusing on key markets.