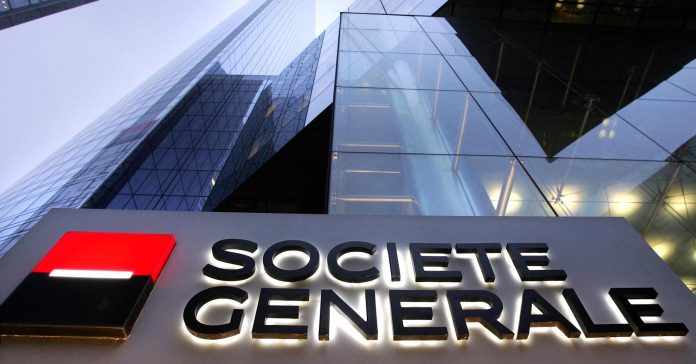 The French bank Societe Generale hopes to reach settlements with authorities over recent regulatory investigations in the next weeks or months, its chief financial officer told CNBC Tuesday.

“On two cases around Libor and LIA (the Libyan Investment Authority) we are expecting a settlement within weeks and months,” Philippe Heim, the CFO at the bank said.

In August, U.S. authorities charged two managers at the French bank for manipulating the U.S. dollar Libor benchmark interest rate — a key industry interest rate that impacts mortgages, credit cars and other loans. More recently, French authorities started a preliminary investigation into the possible breaking of anti-corruption laws during its work with the Libyan Investment Authority.

On Monday, the bank said that it was putting 570 million euros ($678 million) aside for exceptional charges in the fourth quarter. The French lender also announced plans to cut up to 900 jobs and close 300 branches across France as it bets on digital banking.

The third-largest bank in the country is putting forward a 1.1 billion euro ($1.31 billion) cost-saving plan that also includes closing some of its back offices.

“Basically what we are seeing in France is that banking is becoming more e-commerce, so more and more products are now distributed online. So it means that in practice we have to transform in-depth the way we are distributing our products,” Heim told CNBC Tuesday.

The aim is also to boost profitability amid a tough regulatory environment and provide more investment in new technologies. The bank wants to increase its profits and revenues over the next three years, hoping to achieve about 3.6 billion euros ($4.29 billion) in additional revenue during that period.

Analysts were expecting the restructuring measures, but some were surprised as to how far the cost-saving measures went. As a result, the stock was trading slightly higher on Tuesday.