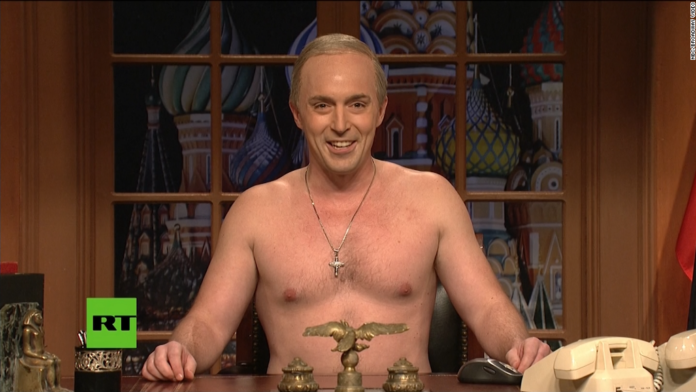 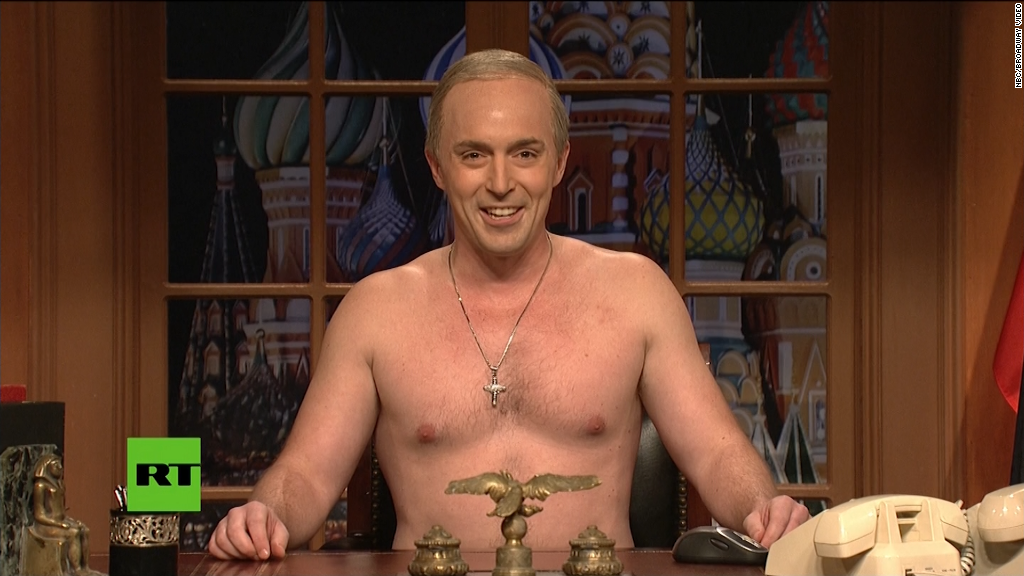 “Hello, America. Yesterday we all made Donald Trump the 45th President of the United States,” Bennett’s Putin said, without a shirt on, to the camera. “Hooray, we did it!”

Bennett’s Russian leader then told Americans not to worry and promised he would take care of the country because “it’s the most expensive thing we’ve ever bought.”

Noticeably absent from the cold open of the NBC variety show was Alec Baldwin’s Trump, but Bennett’s Putin made sure to speak about the new commander in chief.

“Donald, let’s talk as friends. You’re not off to a great start, man. I thought you’d be better at this,” Bennett’s Putin said.

He then added that he was happy so many people showed up to Trump’s inauguration — as a clip from Saturday’s Women’s March played.

“Oh wait, that’s the Women’s March,” the faux Putin corrected himself before again addressing Trump. “Today you went to the CIA and said one million people came to see you in Washington D.C. If you’re going to lie, don’t make it so obvious. Say that you are friends with LeBron James, not that you are LeBron James.”

Actor and comedian Aziz Ansari, who hosted the episode, addressed the Women’s Marches that took place across the country and the world on Saturday in his opening monologue.