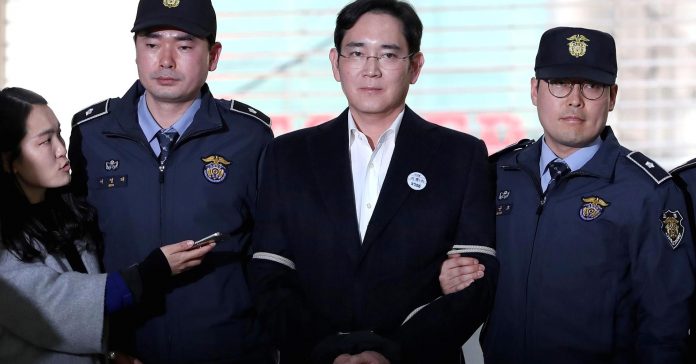 Samsung Electronics said on Friday it paid Vice Chairman Jay Y. Lee, the third-generation leader of Samsung Group, 1.135 billion won ($1.02 million) in the fourth quarter of 2016, disclosing his compensation for the first time.

Lee is currently on trial for bribery, embezzlement and other charges amid a corruption scandal that led to the ouster and arrest of President Park Geun-hye. He became a board member in October as part of a broader initiative to improve corporate governance for the smartphones-to-biopharmaceuticals business empire, and his salary was published alongside other members.

The compensation disclosure, made via a regulatory filing, only applies for payments Lee received following his appointment to the board, and Samsung declined to comment on how much he was paid prior to the appointment – including whether he made more or less in preceding quarters than what was disclosed for the fourth quarter.