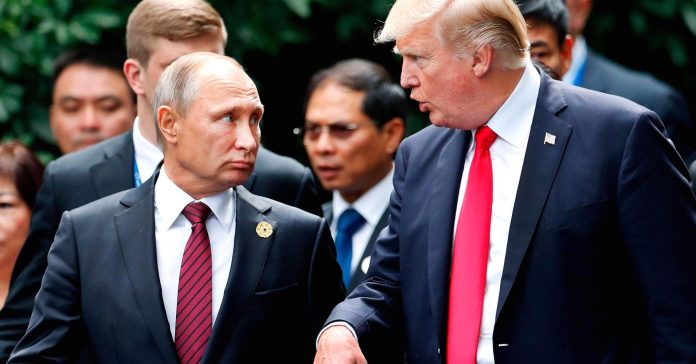 Still, most Russian reaction to the bill is predicted to be muted, said Tim Stanley, managing director for Russia/CIS at Control Risks in Moscow.

“So far publicly, on the whole the response has been fairly muted and low-profile… the response will be very cool and pragmatic. That said, I think beneath the surface there is a lot of concern about how much worse these sanctions are going to get,” he told CNBC on Monday.

Stanley also noted that while the impact on sanctioned individuals might be severe, “direct immediate impact on the Russian economy, I believe, will be muted.”

Putin also does not have at his disposal the tools to respond to the U.S. in kind, and may resort to “asymmetric” retaliatory measures instead, Stanley said.

“It is all but certain that Putin will respond, although this may not come in the form of imminent measures,” said Hess, adding that “he may well try and use this as another opportunity to reach out to Trump and see if they can come to some kind of ‘grand(er) bargain’ to lower Russian-U.S./Western tensions.”

Europe looks to see more impact from any new sanctions than the U.S., primarily because these compliance measures will predominantly impact financial services, and U.S. financial institutions have moved away from suspect Russian businesses more quickly than EU companies have. Ultimately, the sectors affected depend mainly on which oligarchs are named in the report.

As American and Russian lawmakers await the report and the White House’s response, the impending news is likely to be another blow to a fast-deteriorating relationship.

“It’s hard to imagine the relations between Russia and U.S. getting much worse,” Stanley said, “but I think we are about to see a new low.”