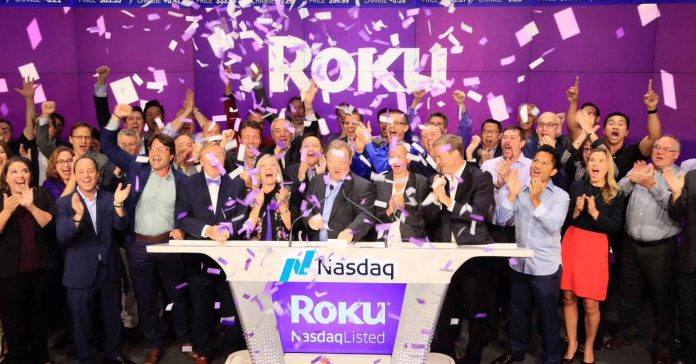 Roku skyrocketed as high as 30 percent above its IPO price on Thursday, as the entertainment technology company made its public debut.

The company, which makes most of its money from selling streaming video players, listed its $252 million IPO on the Nasdaq under the trading symbol ROKU.

The company priced its 18 million share offering at $14 per share on Thursday, the high end of the expected range of between $12 per share and $14 per share. Shares opened for trading at $15.78 a piece and settled around $17 by 11 a.m.

In addition to sales of Roku players and TVs, the company has been expanding its advertising business. It’s hoping to grow the number of hours streamed by each user, and monetize the hours through advertising, according to its prospectus.

The IPO comes as more and more companies look to take a slice of the video-streaming market. Advertising giant Facebook has deepened its ambitions in video streaming, and Apple and Amazon debuted new high-definition streaming devices this month.

Founder and CEO Anthony Wood told CNBC ahead of the IPO the company isn’t worried about its heavyweight competitors.

“Roku’s position in this ecosystem is being the platform that ties together the customers, the advertisers, the user, and we’ve been competing with big companies for a long time very successfully,” Wood said on CNBC’s “Squawk Box.”

Wood — a former Netflix executive who played a role in the invention of the DVR — will own 27.3 percent of Roku’s stock, and will control approximately 32.1percent of the voting power, the prospectus said.