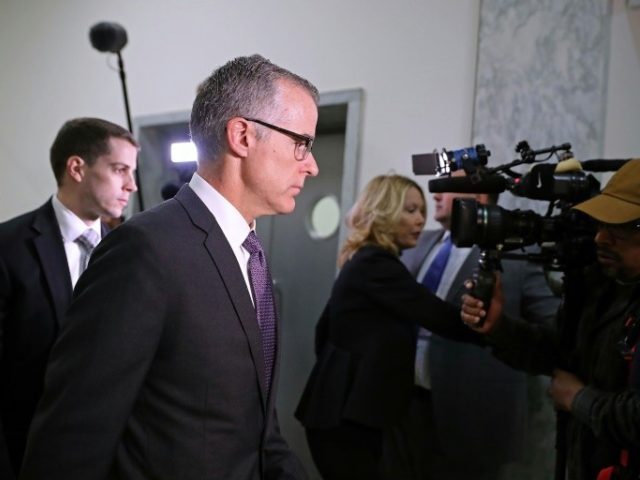 Deputy FBI Director Andrew McCabe is stepping down, according to NBC News.

He will remain on “leave” until spring, when he can officially retire from the FBI.

McCabe’s departure has been expected for months. ABC News reported last year that McCabe planned to retire in March 2018, when he becomes fully eligible for pension benefits.

News of McCabe’s retirement comes the day the House intelligence committee is expected to vote on releasing a classified memo that details alleged FBI abuse of the Foreign Intelligence Surveillance Act (FISA) in investigating the 2016 campaign of then-presidential candidate Donald Trump.

The memo is expected to say that FBI officials obtained a FISA warrant to spy on Trump campaign foreign policy adviser Carter Page. Democrats and the FBI have been fighting the release of the memo, saying it would be “reckless” to do so.

McCabe has come under scrutiny from congressional Republicans, who have questioned why he only recused himself from the Clinton email investigation a week before the election when his wife had received hundreds of thousands in campaign donations from a close Hillary Clinton ally.

McCabe was appointed FBI Deputy Director in 2016 by former President Obama, and became acting director in May 2016, after President Trump fired James Comey.