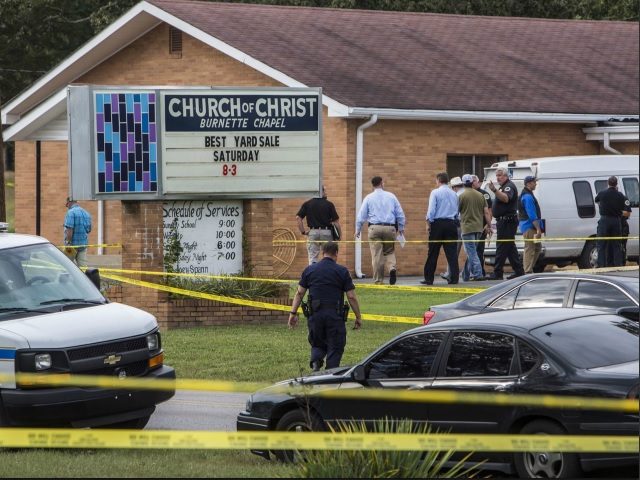 Police say Samson was driving an SUV the day of the attack, and the Associated Press now reports that a note was discovered in the SUV which references the attack on the Charleston church. According to the AP, an “investigative report” on the note suggested that it “referenced revenge or retaliation for Dylann Roof, the white supremacist who killed nine black worshipers at a South Carolina church in 2015 and has since been sentenced to death.”

The note itself was not viewed by the AP, and the officers who spoke of the “investigative report” did so on condition of anonymity. It was not clear precisely what the note said about the Charleston attacker or the shooting of the black parishioners at Emanuel.

Gunman in church shooting is Emanuel Kidega Samson, 25. He has been released from hospital and will be charged with murder and att murder. pic.twitter.com/VuCUgJ3JIQ

Samson’s alleged attack was stopped when 22–year-old Robert Engle confronted him and wrestled for his gun. Samson was shot and wounded during the confrontation. Breitbart News reported that Engle then ran out to his car, retrieved his own firearm and held Samson at gunpoint until police arrived.