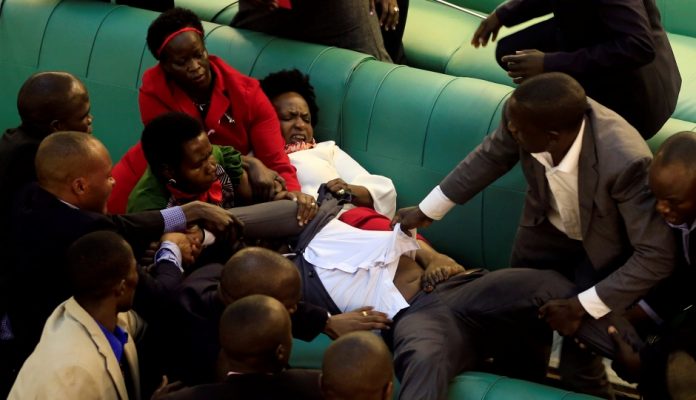 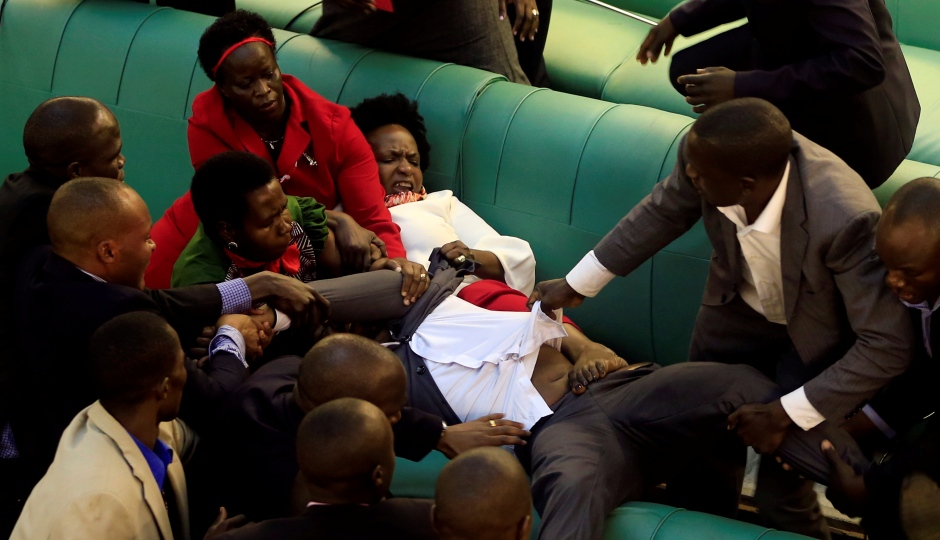 Ugandan opposition lawmakers fight on Sept. 27 with Kampala with plain-clothes security personnel in the parliament while protesting a proposed age limit amendment bill debate to change the constitution for the extension of the president’s rule. (James Akena/Reuters)

At least 25 MPs were suspended in Uganda this week after punches and kicks were exchanged in the legislature, providing grabby visuals for newscasts and websites around the world.

But the scenes themselves shouldn’t overshadow what they were fighting about, which can be a very serious issue in some countries: term limits. Heads of state have run roughshod over the constitution in many nations, ensconcing themselves in the seat of power.

Dozens died in 2015 in Burundi, for example, when the president sought to change the constitution and seek a third term.

It’s a particular problem in Central Asia and Africa, where the number of leaders who have successfully eroded term limits numbers in the double digits.

The Latin American experience over the decades has been characterized by shifts in philosophy. After a spate of dictators ruled in the 1970s and 1980s, several countries enacted a one-term limit. That wasn’t seen as practical in many cases, as a leader is theoretically a lame duck from his or her first day in office. Venezuela and Nicaragua allow unlimited consecutive terms, while many other countries allow leaders to return after taking a one-term break.

In Uganda, President Yoweri Museveni has ruled since taking power by force in 1986. The country passed a constitutional amendment in 2005 that allowed him to stay on indefinitely but there’s one catch — the 73-year-old will be ineligible to run again in 2021 if the current 35-75 age requirement continues. Hence the fighting this week in parliament. 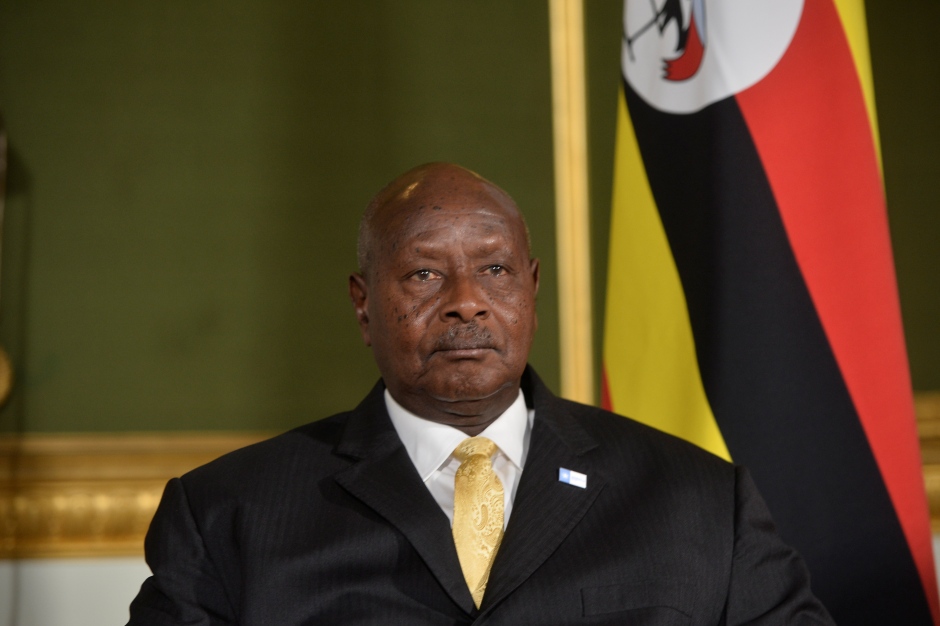 The absence of term limits in and of itself is not the issue – after all, Canada and Australia manage to function well enough without them. But they work best in conjunction with strong democratic tradition and checks and balances that prevent the executive branch of government from drifting into authoritarianism.

Leaving aside countries governed by monarchs, here’s a look below at some examples that have made a mockery of term limits, or where they’ve never existed. A weak party system, corruption and nepotism are common characteristics.

Critics would say the West, Russia, China and various international bodies have helped enable this state of affairs, lending autocratic leaders legitimacy and investing heavily in the infrastructure opportunities and national resources non-democratic countries can offer. 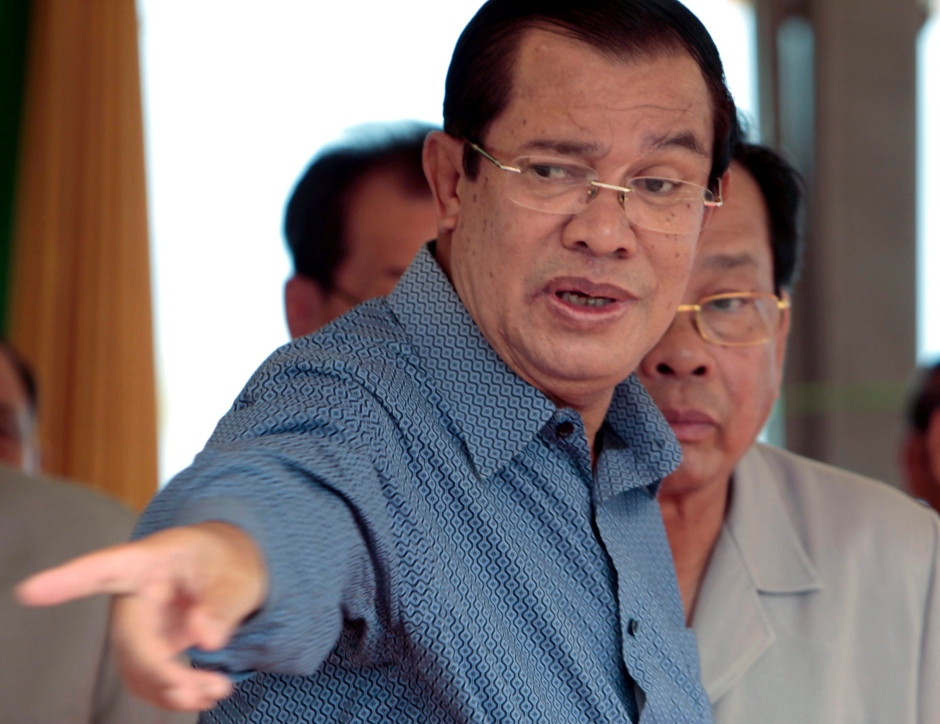 Hun Sen has the support of China, which has provided billions of dollars in infrastructure loans.

Hopes for a free election in Cambodia in 2018 appear dim after opposition leader Kem Sokha was arrested over a video recorded four years ago that the government says was evidence he was colluding with a foreign power, the United States, to overthrow the government, a dubious claim. Sokha’s predecessor also faced prosecution and fled the country. 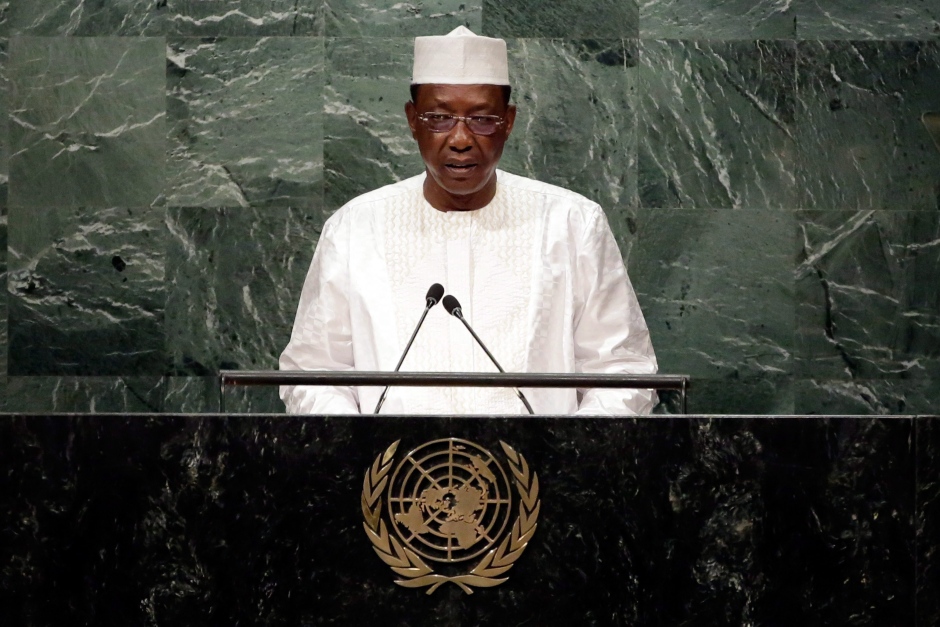 Idriss Deby seized power in a coup in 1990 and was most recently re-elected in 2011. A referendum in 2005 scrapped limits because, Deby said, “the life of the nation was in danger.”

He won a contested race the next year and later in 2016 he promised after winning a fifth term he would reintroduce them. So far, no movement on that front. 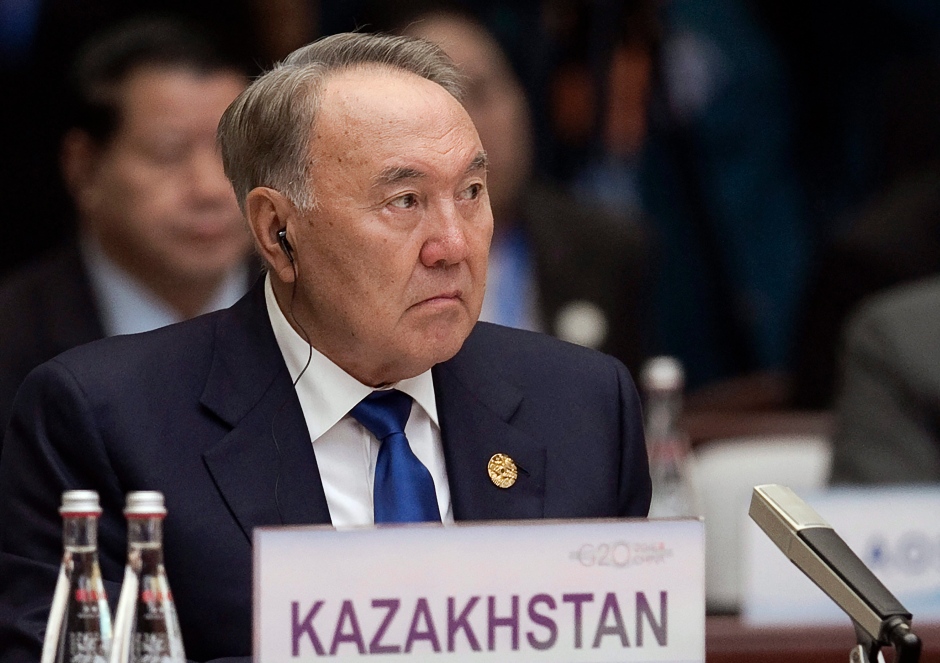 Nursultan Nazarbayev called an election in 2015, only 20 months ahead of schedule. He won 97.7 per cent of an overwhelming turnout, according to Kazakh officials, but international election monitors panned the process, as would-be opponents have long been jailed or intimidated in Kazakhstan.

Kazakhstan now has a limit of two five-year terms, but it doesn’t apply to the country’s first president. Nazarbayev is the first and only president Central Asia’s largest oil exporter has known.

But he is now 76, and this year said he would reduce his presidential powers. There are essentially no other political parties than his own, meaning a successor will likely be hand-picked and not elected — perhaps his daughter, who runs the country’s largest bank. 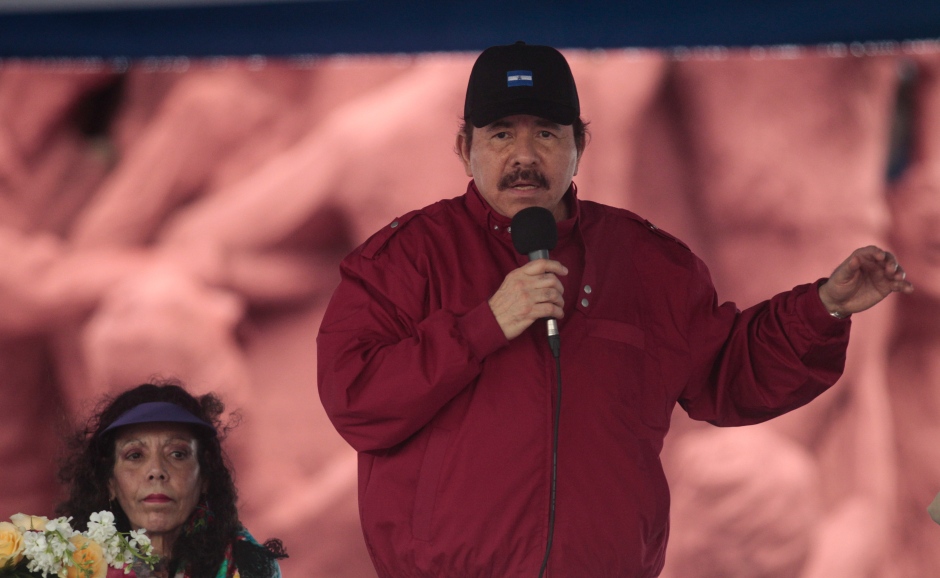 Nicaragua scrapped term limits in 2014, paving the way two years later for Daniel Ortega to serve his third term as president so far this century. Ortega, of course, was also a central figure during the country’s bloody war in the late 1970s and 1980s. He served as president of the country in the late 1980s after helping lead the Sandinista movement that helped oust the Somoza family, which ruled for four-and-a-half decades.

Ortega’s 2016 election win was called a “farce” by the opposition; he won 72 per cent of the vote compared with 15 per cent for his closest rival. Ortega did recently change his mind on joining the Paris climate accords, leaving the U.S. and Syria the only nations that are not signatories. 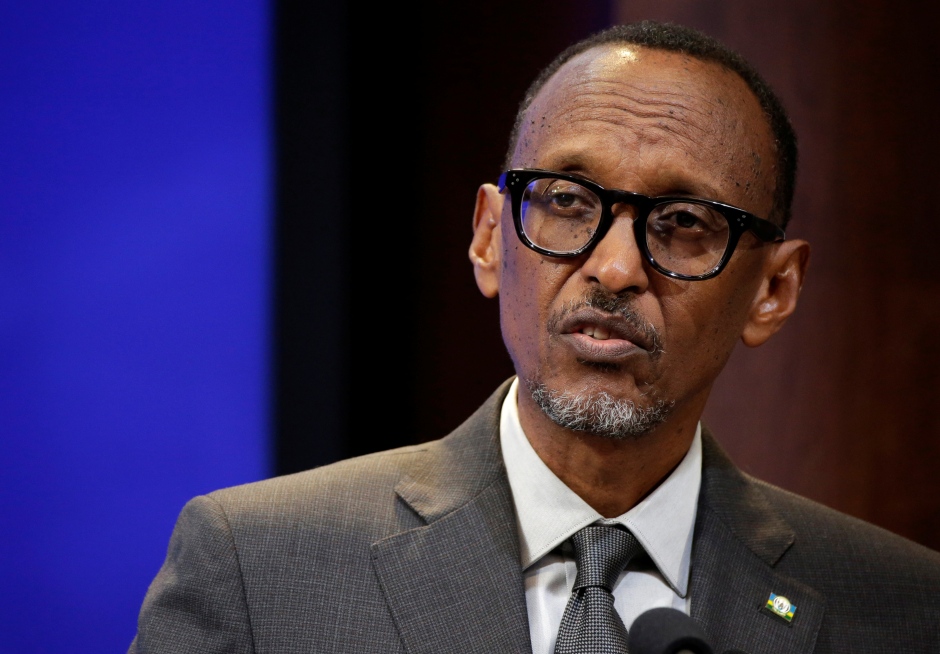 Paul Kagame, 59, was just re-elected to his third term in office as president, with officials saying he garnered 98 per cent of the vote.

The bookish-looking Kagame is ruthless; he has backed more than one successful coup in Africa and admitted once asking the U.S. to use a drone strike to take out a rebel leader in neighbouring Congo. (The U.S. declined). He has been praised for the country’s economic growth, but human rights groups accuse his government of using state powers to silence and intimidate opponents.

A constitutional amendment in 2015 will limit presidential terms to two, but not until 2020. Kagame therefore will be eligible to continue as president until 2034 if he chooses. 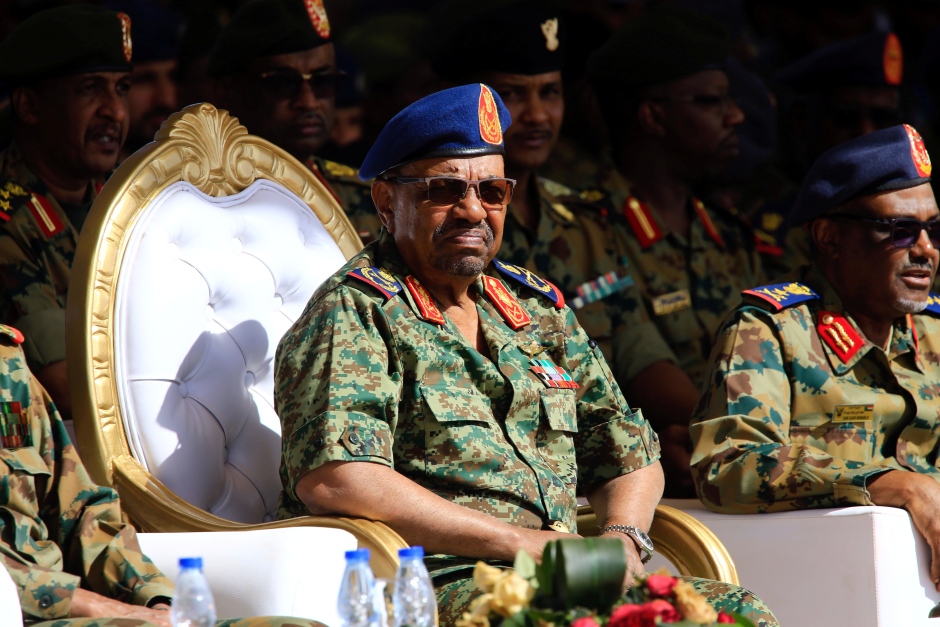 Omar al-Bashir has been president since 1993 and can serve unlimited terms. He has killed untold numbers of the country’s citizens and allowed Osama bin Laden to grow his al-Qaeda operations and promote jihadist violence in the 1990s.

The International Criminal Court (ICC) this year ruled that South Africa failed its duty in 2015 to detain Bashir when he was at a conference in Johannesburg. There has been an ICC warrant for Bashir’s arrest since 2009 for crimes against humanity in Darfur. Hundreds of thousands have been killed and millions relocated as a result of a years-long conflict beginning in 2003 between the military and rebel groups, though the situation in Darfur is relatively calm currently. 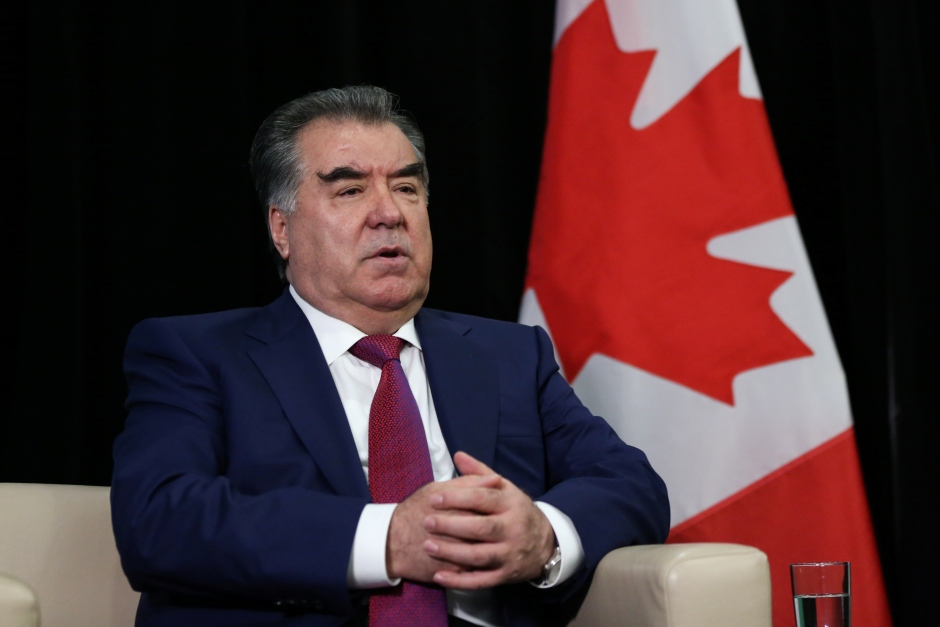 Formerly part of the Soviet Union, Emomali Rahmon has ruled since 1992 in the country ranked 151st out of 176 nations analyzed in Transparency International’s Corruption Perceptions Index.

Voters in Tajikistan in 2016 improbably voted by a 94.5 per cent in favour of allowing Rahmon, 64, to be president-for-life. The previous year’s parliament law declaring him “Leader of the Nation” was evidently not enough status.

Should he choose to retire, the minimum age for candidates was amended so that his son will meet the cutoff in a planned 2020 election. According to the laws enacted, the next leader is subject to only two consecutive terms. 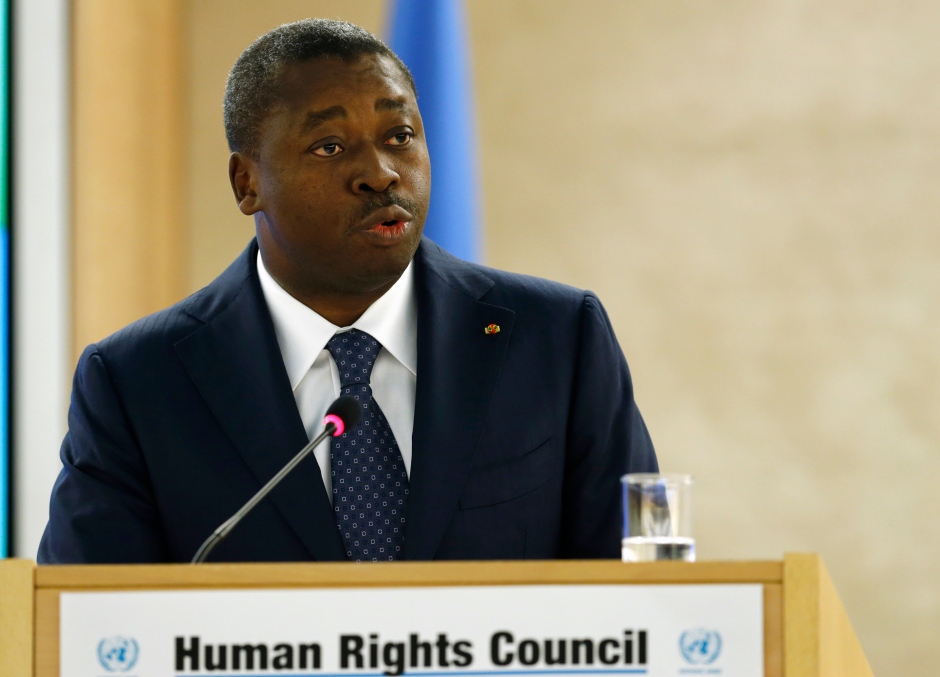 A bill to limit presidents in Togo to two terms of office failed recently to win approval from parliament. The opposition boycotted it as a sham, saying it would have only applied to future leaders but not retroactively to Faure Gnassingbe, who would have been eligible to serve two more terms, or until 2030.

Gnassingbe succeeded his father as president who died in 2005 after holding office for 38 years.

Hundreds of thousands have taken to the streets in recent weeks to protest, with a nine-year-old boy shot dead by military police, according to Amnesty International. 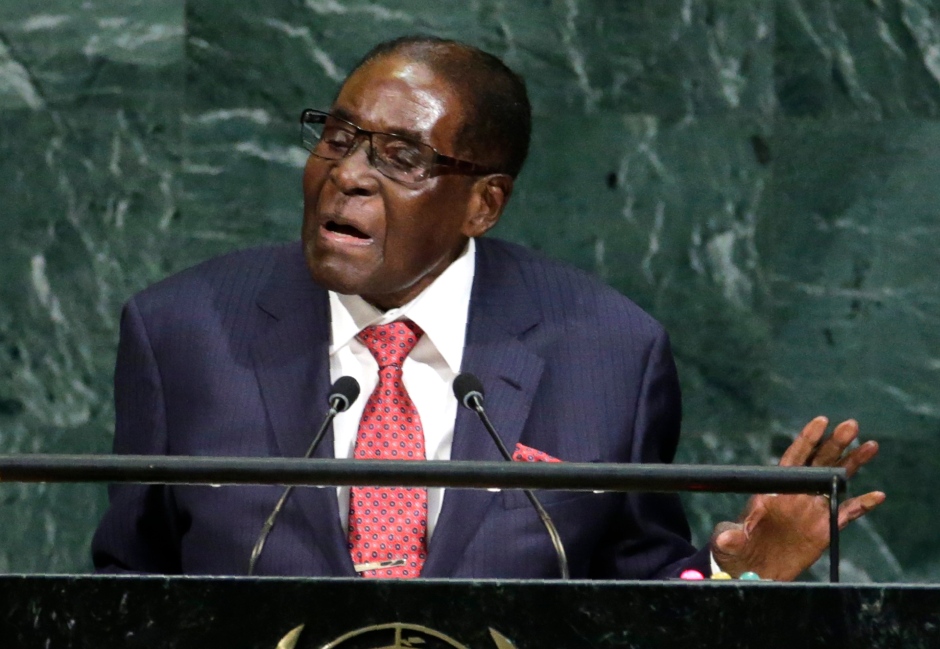 Robert Mugabe is the oldest current living head of state, having turned 93 this year. He is eligible to run for an eightth term next year, despite a recent constitutional reform to impose a limit of two terms.

“We [in Africa] put a rope around our own neck and say leaders must only have two terms,” he added in an unfortunate choice of words.

Mugabe said a leader should serve as long as he has the will of the people.