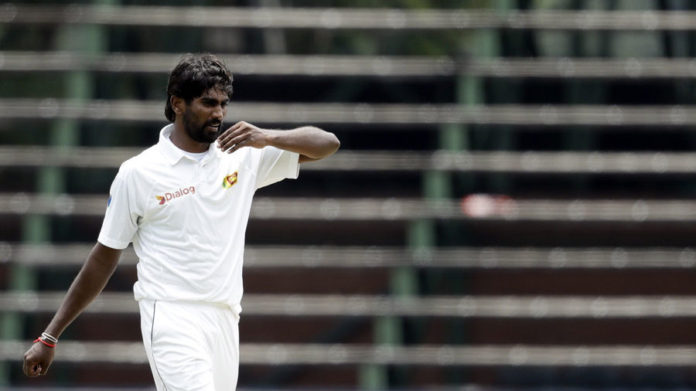 Nuwan Pradeep has been ruled out of the rest of Sri Lanka’s tour of South Africa with a fractured hand. He sustained the injury during the shortened opening T20I on Friday night, at Centurion, when he was struck while trying to take a catch in his follow through in his first over.

Farhaan Behardien hit a low full toss straight back to Pradeep, who put up his hand in an attempt to take the catch, but it served more as evasive action as the ball was heading straight at his face. He managed to complete his two overs, but was ruled out of Sunday’s T20I at the Wanderers and was spotted with his right hand in a sling during the match. He will return to Sri Lanka this week.

Sri Lanka’s other injury concern is opening batsman Danushka Gunathilaka, who was earmarked to open the batting in the T20s but has hampered by a back injury. Gunathilake is being assessed by Sri Lanka’s medical team and a call will be taken on his availability as soon as possible. Sri Lanka’s team manager Ranjit Fernando told ESPNcricinfo the prospects of Gunathilake playing in this series are “not good.”