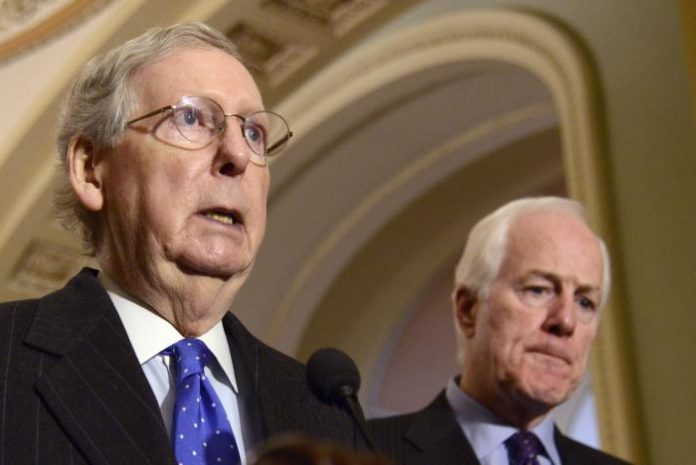 “That is really a question for local governments, local schools board, local states,” Ryan told reporters who asked about arming teachers at a news conference on Capitol Hill. “As a parent myself and a citizen, I think it’s a good idea, but I think we need to respect federalism and respect local jurisdictions.”

Trump expressed support for arming gun-adept teachers following the shooting at Marjory Stoneman Douglas High School in Parkland, Fla., that killed 17 people two weeks ago. The idea has since received pushback from some teachers.

Ryan also told reporters Tuesday the focus of gun reform should be not be on “law-abiding citizens.”

“We should be focusing on making sure that citizens who should not get guns in the first place do not get those guns,” he said.

The president has been open to other approaches to prevent future violence.

A bump stock wasn’t used in the Parkland school shooting, but 12 bump stock devices were found in the hotel room of the Las Vegas shooter who killed 58 people in October.

“We’ve had to deal with previous (Bureau of Alcohol, Tobacco, Firearms and Explosives) legal opinions but our top people in the Department of Justice have believed for some time that we can, through the regulatory process, not allow the bump stock to convert a weapon from semi automatic to fully automatic,” Sessions said at a meeting of the National Association of Attorneys General.

“We’ve been working on that for some time. We’ll have an announcement on that soon. We believe in that.” 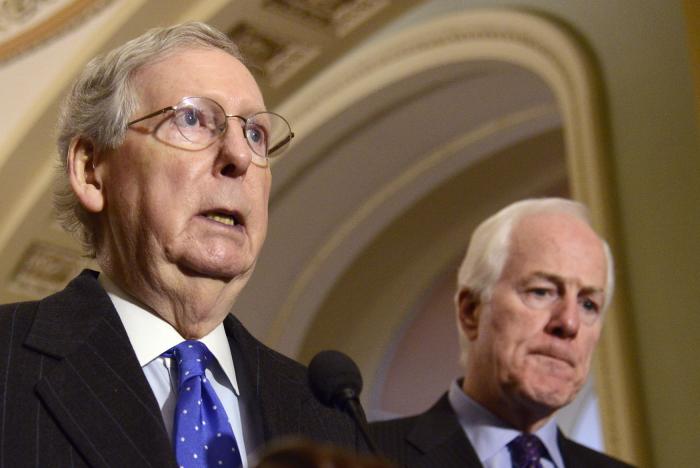 “If that is all Congress does, we won’t have done our job to keep America’s families safe,” Schumer said said.

“We Democrats at a minimum believe we should be passing a universal background check legislation that ensures that guns don’t fall in the wrong hands.”

Schumer called for wide-ranging gun-control legislation, including the closing of loopholes. He said he wants a “real debate on gun safety” from McConnell. 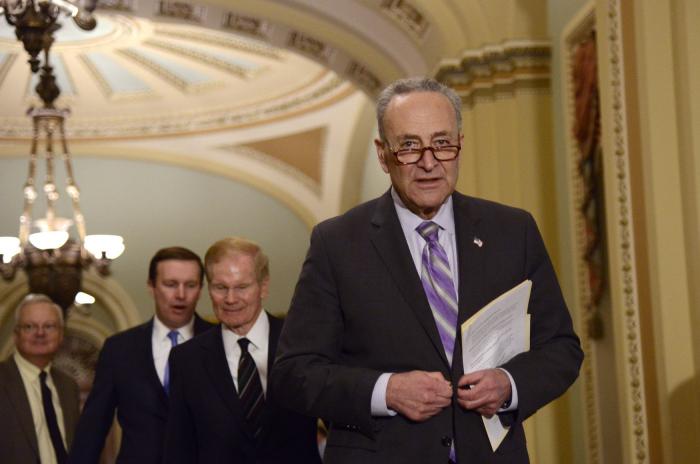