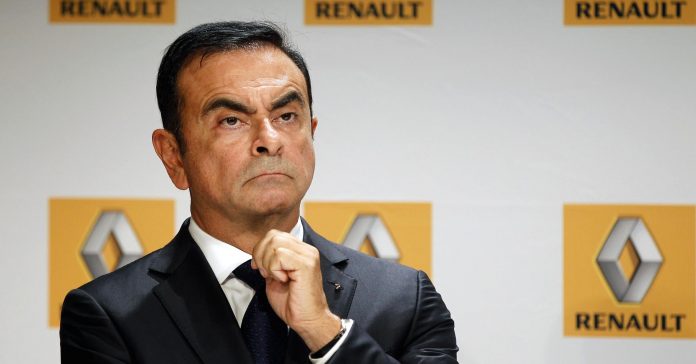 Carlos Ghosn, the chairman and chief executive of one of the world’s largest automotive groups, told CNBC he doesn’t expect the U.S. market to grow over the next few years.

When asked whether the U.S. car market can still grow, Ghosn – a mogul of the auto industry – was unsure. “I’m not planning on that …. For the next six years we’re seeing a stable U.S. market (but) we don’t see growth in the U.S.,” he told “CNBC Conversation”.

“Canada, U.S. and Mexico will continue to evolve around what it is today but we’re not seeing strong growth coming from this part. Most of the growth will come from China which in 2017 is going to be the case.”

Ghosn is best-known for radically overhauling two struggling companies; Renault in France and Nissan in Japan, propelling him to the ranks of one of the most effective executives in business history. The alliance between the two companies saw cost-savings soar and led to innovations such as the world’s best-selling all-electric vehicle, the Nissan Leaf. Ghosn stepped down as CEO of Nissan Motors earlier this year but he still remains the chairman and CEO of the Renault-Nissan alliance, which includes Renault, Nissan, Mitsubishi Motors and AVTOVAZ.

Mitsubishi was snapped up in 2016 following a fuel-cheating scandal, and its revenues, combined with those of Renault and Nissan, have catapulted the alliance’s unit sales. Recently in Paris, Ghosn set-out Alliance 2022, a six-year strategic blueprint in which he’s targeting even more sales (with a target of 14 million cars by 2022, up from 10 million in 2016), 12 new zero emission vehicles and 40 new models with autonomous features, culminating in a fully driverless car.

The alliance’s biggest market is currently Europe followed by the United States, but there are fears for both. Nissan has a sizable manufacturing base in the U.K. and so far the company has committed to stay, despite Brexit. Meanwhile in North America, the North American Free Trade Agreement (NAFTA) is being renegotiated and there are concerns that trade costs could increase – a potential problem for Nissan which has a big production plant in Mexico. Ghosn wasn’t overly concerned, however.

“NAFTA is a 20 years old agreement which needs to be adapted to reality today which is very different from what it was 20 years ago. But I think everybody has an interest in NAFTA , this is a something which has been done in function, in the interests of the United States, of Mexico and Canada. So I’m very personally confident that even if there are some changes on NAFTA, NAFTA will stay because it’s in the best interest of the three countries.”