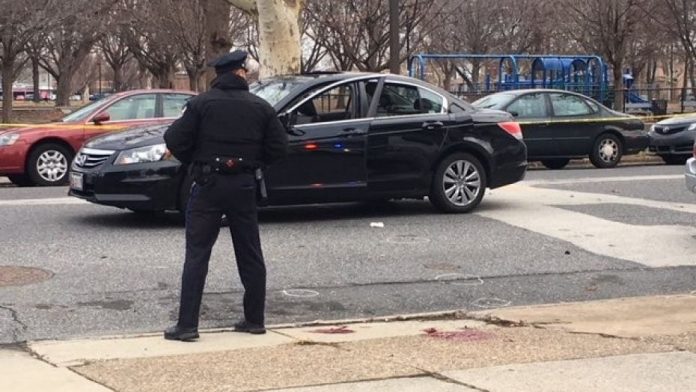 A man driving a black Honda allegedly hit one pedestrian and tried to run over others before an off-duty cop shot and killed him.

A man who was allegedly attempting to ram pedestrians with his black Honda on Monday morning in Philadelphia critically injured one person before being shot and killed by an off-duty cop who happened to be on the scene.

The driver, who was not immediately identified, was taken to Presbyterian Medical Center with a gunshot wound to the head. He was pronounced dead soon after arriving, FOX29 reported.

One pedestrian was injured in the incident and taken to a hospital in critical condition, CBS Philadelphia reported.

The driver hit one pedestrian at about 7:30 a.m. on Broad and Bigler Streets and was attempting to run over others when the off-duty police captain drew his service weapon and fired, striking the driver in the head, police told CBS Philadelphia.

The off-duty officer initially gave a verbal warning to the driver, who did not comply, FOX29 reported.

No motive was released.