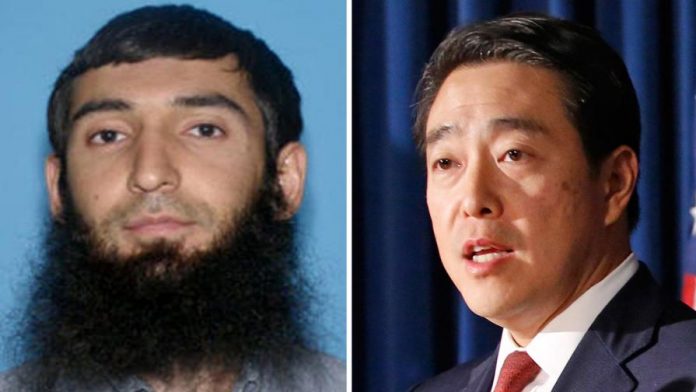 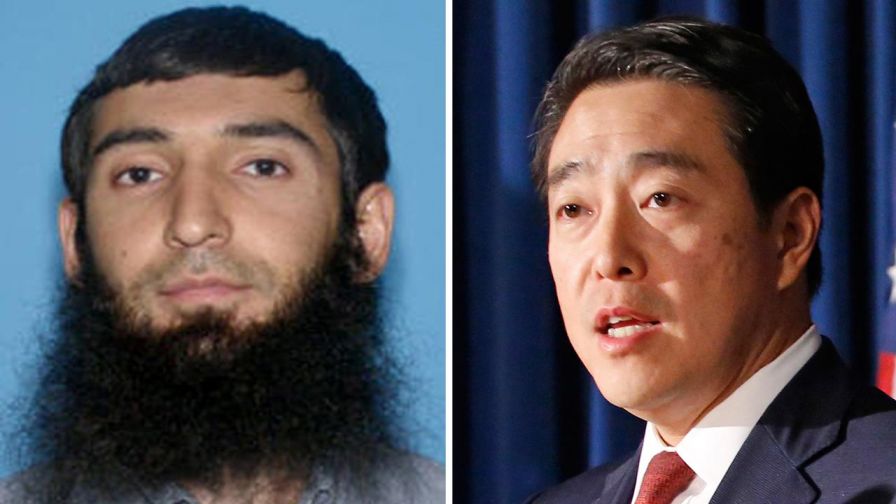 Sayfullo Saipov, the suspect in the New York City terror attack on Oct. 31, pleaded not guilty during his arraignment in federal court on Tuesday.

Saipov, a 29-year-old legal U.S. resident, was charged with federal terrorism offenses just one day after police said he rammed a rental truck down a popular Manhattan bike path, killing eight people and injuring 12 others. He allegedly pledged his allegiance to ISIS in the aftermath of the attack.

Shortly after the attack, President Trump publicly called for Saipov to be put to death.

From Trump’s calls for the death penalty to other GOP lawmakers’ demand that Saipov be held as an “unlawful enemy combatant,” will he be able to have a fair trial?

“This guy is going to have rights no matter what you call him or where you take him,” Wells Dixon, a senior attorney with the progressive Center for Constitutional Rights, told Fox News.

How does Saipov’s legal status affect his due process rights?

Saipov came to the U.S. seven years ago through the Diversity Visa Program, a State Department initiative that allows citizens of nations with few people in the U.S. to immigrate to America. 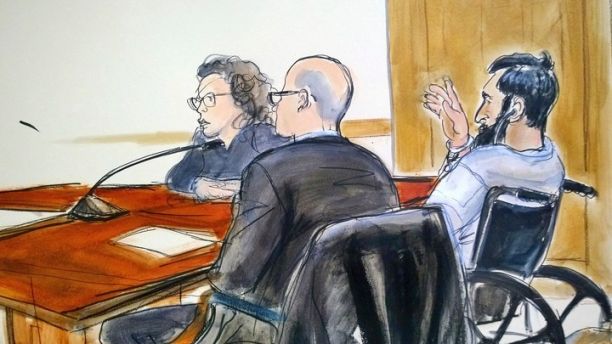 In this courtroom drawing, defendant Sayfullo Saipov, right, addresses the court during his arraignment on federal terrorism charges.

But Saipov’s status – whether he’s a lawful resident or natural born citizen – doesn’t matter when it comes to his due process rights, law experts said.

Legal residents “have the same due process rights under the Constitution that citizens would,” Trevor Burrus, a research fellow at the Cato Institute’s Center for Constitutional Studies said.

Burrus noted that non-citizens could, however, be subjected to deportation.

Can he be labeled an enemy combatant?

Sens. Lindsey Graham, R-S.C., and John McCain, R-Ariz., immediately called for Saipov to be held as an enemy combatant to allow investigators to gather certain intelligence regarding his activities without a lawyer present

While it’s still possible to apply that designation to Saipov, Burrus said it’s “very unlikely” that he could even meet the definition of an enemy combatant.

Could Saipov be sent to Guantanamo?

Earlier this week, Trump indicated that he was considering sending Saipov to Guantanamo Bay, a naval base in Cuba. He later walked back what would have been an unprecedented move.

Dixon also argued that sending a terrorism suspect to Guantanamo Bay would only provide more fodder for terrorist groups.

“If Senator Graham or Donald Trump are serious about protecting the national security of the United States, they will not hand groups like ISIS a propaganda windfall by sending someone to Guantanamo,” he said.

What about Trump’s calls for the death penalty?

There is a case to be made by Saipov’s defense team that his right to a fair trial has been impeded by Trump’s tweets, Burrus said.

He said Saipov’s legal team could argue that Trump “tainted the entire jury” with his tweets.

Joshua Dratel, a veteran defense attorney in terrorism cases, told the Associated Press that the tweets should disqualify prosecutors from seeking the death penalty.

“It’s inconceivable that it would be fair to seek the death penalty when the president has expressed it twice in a tweet,” he said. “It poisons the jurors, all the prospective jurors.”

However, Michael Wildes, a former federal prosecutor, said “even presidents are entitled to First Amendment rights.”