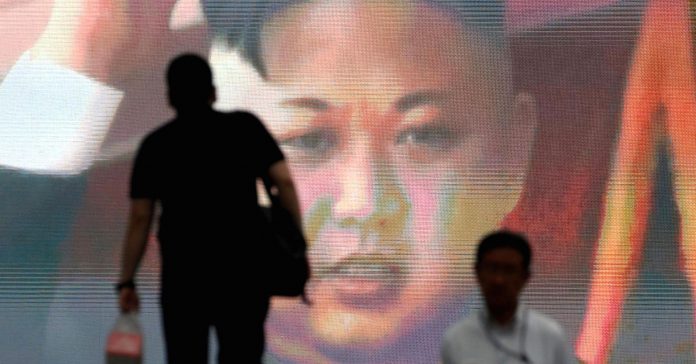 After more than a two-month pause, North Korea launched a ballistic missile Tuesday and experts suggested the secretive regime would likely continue its weapons programs and that “testing is going to get more rigorous.”

Also, a defense expert believes we’re at “just the tip of the iceberg” in terms of seeing nuclear-armed North Korea’s advanced ballistic missile capabilities, including new heat-shield technology that is critical to the regime’s ambitions of having an intercontinental ballistic missile capable of reaching the U.S. mainland.

This was the first ballistic missile test by Pyongyang since the hermit state launched a Hwasong-12 intermediate-range missile Sept. 15.

“The U.S. Department of Defense detected and tracked a single North Korea missile launch today at about 1:17 p.m. EDT,” Pentagon spokesman Col. Robert Manning said in a statement. “Initial assessment indicates that this missile was an intercontinental ballistic missile.”

The Pentagon official said the missile was launched from Sain Ni, North Korea, and traveled about 1,000 km (or 621 miles) before splashing down in the Sea of Japan, within Japan’s so-called exclusive economic zone. Another report suggested the missile flew about 50 minutes and achieved an extremely high loft.

“We are working with our interagency partners on a more detailed assessment of the launch,” said Manning. “The North American Aerospace Defense Command (NORAD) determined the missile launch from North Korea did not pose a threat to North America, our territories or our allies.”

President Donald Trump was briefed while the missile was still in the air, according to Sarah Sanders, the White House press secretary.

The fourth quarter has historically not been a particularly busy period for missile tests for the North, according to Harry Kazianis, director of defense studies at the Center for the National Interest, a Washington think tank founded by former President Richard Nixon.

“When we look at the data, on the fourth quarter of most years they either test anywhere between zero and two,” he said. “Last year they did two tests.”

Kazianis said there are a lot of contributing factors why the hermit regime doesn’t do as many tests in the final quarter of the year. They include having the military assist in the fall harvest due the North Korea’s chronic food shortages. Also, he said December is when the North tends to conduct more military drills.

“North Korea is just occupied doing other things, but they also have to continue proving their missile technology,” he said. “So I’m not shocked that they did this test but I’m a little surprised since I thought they would hold off until the Olympics.”

South Korea’s PyeongChang 2018 Winter Olympic Games are set to start in early February. South Korean President Moon Jae-in has invited its neighbor to the North to participate in the games as part of a peace gesture. There have been concerns that North Korean leader Kim Jong Un might be tempted to make a provocation ahead of or during the South Korean event.

South Korea is hoping tourism from the 2018 games will bring in substantial revenue for the country. But the possibility of North Korea doing something to tarnish the Olympics cannot be ruled out since the regime has shown a history of disregard for international norms, including resorting to assassinations and kidnappings.

Indeed, Kazianis said there’s every expectation that the first quarter will produce “a heavy testing cycle” as has been the case with Pyongyang’s ballistic missile program. He said the North “has a ton of new technology,” including three-stage ICBM and “new types of heat-shield technology.”

According to Kazianis, the North has “a lot of goodies that they will start rolling out. This situation is going to get worse. The testing is going to get more rigorous. We’re really at just the tip of the iceberg of seeing their capabilities, to be honest.”