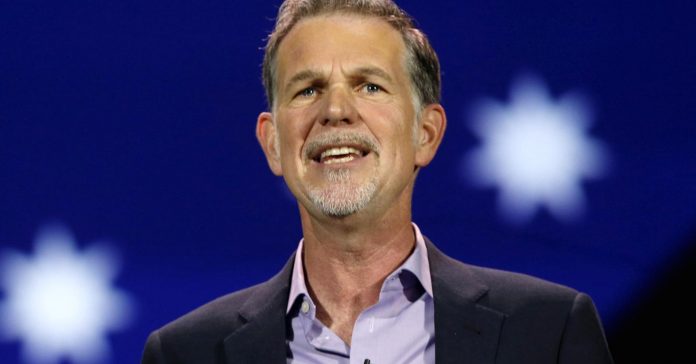 “I think all of the media companies need to look at what Netflix is doing globally, because it’s going to change the content economics,” White told CNBC’s “Squawk on the Street”on Wednesday. “If Netflix gets 200 million subscribers from international, they’ll be writing much bigger checks in Hollywood.

White, who is currently a board member of Bank of American, Whirlpool and Kimberly-Clark, said figuring out how to compete internationally will become a “critical strategic challenge” for any media company.

Netflix chief financial officer David Wells said at the Morgan Stanley Technology, Media & Telecom Conference on Tuesday the company will have around 700 original TV shows, movies and specials this year. Eighty of those programs will be internationally-focused, including “Dark” from Germany, “O Mecanismo” from Brazil and the upcoming season of “La Casa de Papel” from Spain.

Netflix is expected to spend $8 billion on content this year. The company is looking to start diversifying its spending toward marketing to promote their shows instead of focusing on creating content, Wells said.

Part of Disney’s desire to acquire Foxincludes getting Star India, which would give them a huge presence in the country. Comcast’s recent $31 billion bid for Sky could be seen as a play for European dominance. Sky Sports would also give Comcast a huge sports presence in the continent.

“In the case with these bids, [it could mean a] Comcast and Disney extension into the European market, which is extremely important to them,” USA Networks former chairwoman and CEO Kay Kolovitz said on “Squawk on the Street” on Wednesday. “And another asset inside the Sky product – and that is Now TV – is also really important for the future of communications, and the television, internet and cellular market in Europe. And these companies want those assets. But I agree the programming is the big difference here.”

“I do think that the original programming is really a bid against someone like a Netflix that really does have a very good international footprint ,” Kolovitz, who is currently a board member at Time Inc, ION Media Networks and CA Technologies, added.