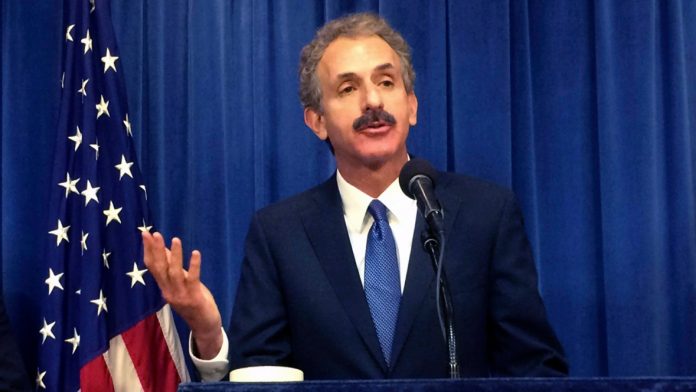 Motel 6 has agreed to pay $250,000 US to settle a lawsuit brought by Los Angeles that alleged one of the chain’s locations was a base for human traffickers, drug dealers and gang members, prosecutors said.

Los Angeles City Attorney Mike Feuer told The Associated Press on Wednesday that the money will be used to help deter human trafficking.

The city in November sued the managers of a motel in the Sylmar neighbourhood and G6 Hospitality Property LLC, which operates the Motel 6 chain, seeking to quell “unrelenting crime and nuisance activity.”

Los Angeles police had made more than 60 arrests at the location since 2013 for prostitution, battery, firearms possession and drug-related charges, authorities said.

“We allege this has been used as a base for which known gang members and drug dealers had operated,” Feuer said. “We allege that there was prostitution happening at this site — pimps and prostitutes both — and we allege it was a base for stolen goods, for distributing drugs like meth and cocaine and heroin.”

Raiza Rehkoff, a spokeswoman for G6 Hospitality, did not immediately respond to a request for comment on the settlement.

In one case, staff members “didn’t hesitate” to rent a room to an undercover police officer who had been posing as a pimp and told the workers that he intended for another undercover officer to work as a prostitute there, the lawsuit alleged.

In another incident, three undercover police officers were approached at the motel’s pool by a suspected gang member who propositioned them to work as prostitutes, offered to act as their pimp and said he would post ads on Backpage.com in exchange for half of the proceeds, Feuer said.

A loaded handgun was found hidden in a box-spring under a mattress, and police had arrested suspects in several different robberies at the motel, the city attorney said.

“I know there are other incidents where, we allege, clearly this motel was using for pimping and prostitution activities. And that needs to change,” Feuer said.

As part of the settlement, the motel will require guests to provide valid photo identification, hire security guards and post signs in the lobby about human trafficking.

The motel also will give Los Angeles police access to its guest list and visitor logs, as well as give officers access to remotely monitor the motel’s security cameras.