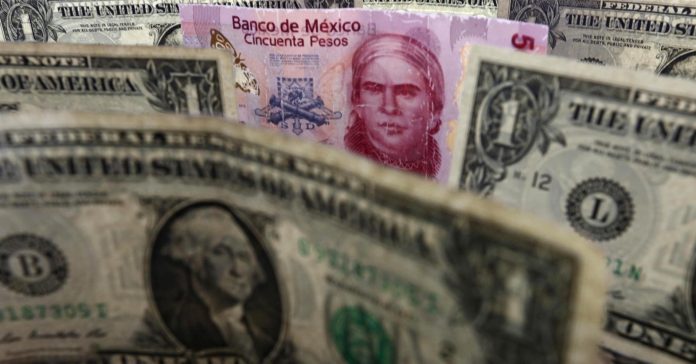 The Mexican peso extended earlier gains against the U.S. dollar after President Donald Trump spoke at his inauguration Friday.

“From this day forward, it’s going to be only America first, America first. Every decision on trade, on taxes, on immigration, on foreign affairs will be made to benefit American workers and American families,” Trump said.He did not specifically mention measures against Mexico, such as his promises to build a wall along the U.S.-Mexico border or renegotiating the North American Free Trade Agreement.

Mexican President Enrique Pena Nieto tweeted congratulations to Trump on his inauguration and said sovereignty, national interest and protecting Mexicans will guide the relationship with the U.S. government.

In Friday afternoon trade the currency cross was near 21.55 pesos versus the dollar, with the Mexican currency up more than 1.5 percent on the day to its strongest since Wednesday.