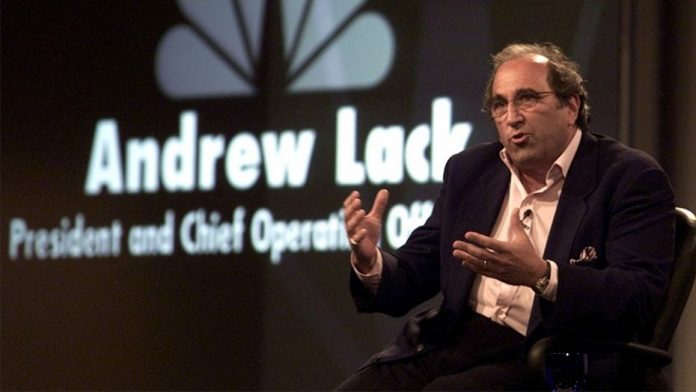 President Trump wasted no time piling on to his former employers at NBC after the bombshell announcement the network where he once starred on “The Apprentice” had fired Matt Lauer.

In a tweet, President Trump called for “top executives” at NBC and its parent company, Comcast, to be fired for “putting out so much fake news” on the heels of Lauer being fired from the network.

“Wow, Matt Lauer was just fired from NBC for ‘inappropriate sexual behavior in the workplace.’ But when will the top executives at NBC & Comcast be fired for putting out so much Fake News,” Trump tweeted. “Check out Andy Lack’s past!”

Trump specifically called out Lack, who has stayed relatively quiet since NBC came under fire for spiking Ronan Farrow’s report that would have outed Harvey Weinstein as a sexual predator months before The New York Times and the New Yorker magazine eventually broke the news. Industry insiders have pondered for weeks if NBC News had ulterior motives for refusing to run the Weinstein scoop – and now it appears sexual harassment was also a major issue inside 30 Rockefeller Plaza.

Lack and Lauer are known to be close and there have been recent rumors circulating in the media industry about various publications working on a bombshell story detailing Lauer’s misconduct.

NBC made Lauer one of the highest-paid anchors in TV news and he reportedly earned up to $25 million per year.

Lack, who sent the memo to “Today” staffers informing them of Lauer’s dismissal, famously stood by his now-former morning show star when he was widely criticized for botching a town hall event between Trump and Hillary Clinton. When Trump mentioned Lack’s “past” in the tweet, he may be referring to the time that lack sat on an interview with Juanita Broaddrick accusing Bill Clinton of rape.

Back in 1999, while Lack was president of NBC News, the network’s  “Dateline” program conducted an interview in which Broaddrick gave a lengthy account of her alleged rape, but NBC didn’t air it until after until after Clinton’s impeachment hearing ended with acquittal.

Broaddrick has accused the network of editing out a portion of her interview in which she discussed Hillary Clinton’s role silencing her and other victims. She has recently called for Lack to re-air the interview in its entirety.

Earlier this month, one of Lauer’s closest friends at NBC News was fired after he “engaged in inappropriate conduct with more than one woman” at the network. Senior Vice President, Booking, News & Entertainment Matt Zimmerman had been Lauer’s personal booker for years before he was promoted.

Lack was the president of NBC News from 1993 through 2001 and returned to the network to clean up the mess that former “Nightly News” anchor Brian Williams caused in 2015. Williams was famously suspended for misrepresenting events that occurred when he was covering major stories such as the Iraq War and Hurricane Katrina. Lack eventually allowed Williams to return and he now has a nightly show on MSNBC.

NBC News did not immediately respond to a request for comment on Trump’s tweets.