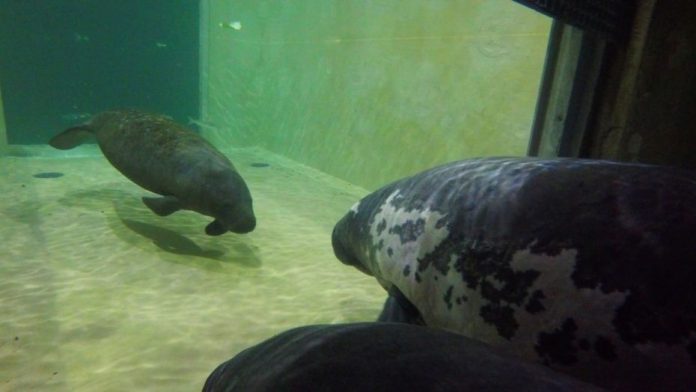 POWELL, Ohio –  An 18-month-old female manatee has arrived at the Columbus Zoo and Aquarium from a zoo in Tampa, Florida.

Columbus Zoo officials say Agua arrived Friday from Tampa’s Lowery Park Zoo. She had been in Tampa since June 2016 after her mother was struck by a boat. The mother died two months later.

Zoo officials say Agua wasn’t injured but has required extra care after being orphaned at a young age. She will be released into Florida waters after her Columbus rehabilitation stint is completed.

Agua joins five other manatees in the zoo’s 300,000-gallon Manatee Coast exhibit, which includes a rare set of twins.

The Columbus Zoo is part of the Manatee Rescue & Rehabilitation Partnership and provides the second stage of rehabilitation before animals are released into the wild.