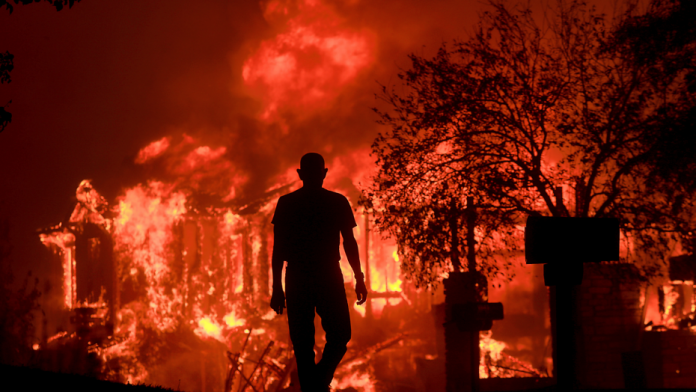 SANTA ROSA, Calif. –  A man who was badly burned in deadly wildfires in Northern California died of his injuries, raising the death toll to 44.

Azarian’s friend, Khachik Papanyan, tells the radio station that Azarian was an engineer who loved photography and hiking and had moved to Santa Rosa two years ago for a new job.

Papanyan says it appears Azarian tried to take shelter in a small clearing near his home. That’s where he was discovered the next day, with severe burns on more than half his body.

A series of blazes that started the night of Oct. 8 destroyed about 8,900 homes and other buildings.

This story has been corrected to show that Michel Azarian’s friend says he lived in Santa Rosa.