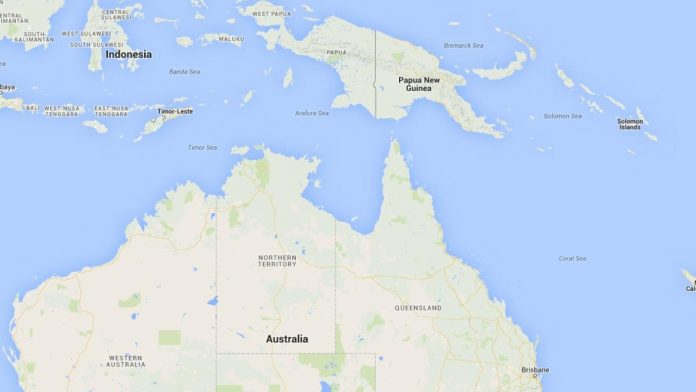 At least 13 aftershocks with a magnitude of 5.0 or more rattled Papua New Guinea after a major temblor struck the Pacific island nation early Monday, causing landslides, damaging buildings, closing oil and gas operations and forcing at least one company to begin evacuating non-essential personnel from the energy-rich interior

The 7.5-magnitude earthquake hit in the rugged, heavily forested Southern Highlands province about 560 kilometres northwest of the capital, Port Moresby, at around 3.45 a.m. local time Monday, according to the U.S. Geological Survey (USGS).

A spokesperson at Papua New Guinea’s National Disaster Centre said by telephone the affected area was very remote, and the agency could not properly assess damage until communication was re-established.

He said there were no confirmed deaths, although the International Red Cross (IRC) in Papua New Guinea said some reports indicated there were “fears of human casualties.”

Citing Hela province’s administrator, the Papua New Guinea Post-Courier reported that 10 people were killed and thousands of properties were destroyed.

“It’s very serious all across the Southern Highlands and also all over the western highlands. People are definitely very frightened,” Udaya Regmi, the head of the IRC in Papua New Guinea, said by telephone from Port Moresby.

The PNG government also said it had sent disaster assessment teams. While aftershocks shook the area, according to USGS data, no tsunami warnings were issued.

Early on Tuesday, USGS reported that another quake with a magnitude of 6.4 had hit 142 kilometres from the city of Mount Hagen at a depth of about 10 kilometres.

“The Papua New Guinea Defence Force has also been mobilised to assist with the assessment and the delivery of assistance to affected people as well as the restoration of services and infrastructure,” Isaac Lupari, the chief secretary to the government, said in a statement after Monday’s quake.

ExxonMobil said it had shut its Hides gas conditioning plant and that it believed administration buildings, living quarters and a mess hall had been damaged. It also said it had suspended flights into the nearby Komo airfield until the runway could be surveyed.

“Due to the damage to the Hides camp quarters and continuing aftershocks, ExxonMobil PNG is putting plans in place to evacuate non-essential staff,” the company said in an emailed statement.

Gas is processed at Hides and transported along a 700-kilometre line that feeds a liquefied natural gas plant near Port Moresby for shipping.

PNG oil-and-gas explorer Oil Search said in a statement it had also shut production in the quake-affected area.

The giant Grasberg copper mine operated by the Indonesian unit of Freeport McMoRan in neighbouring Papua province was not affected, a Jakarta-based spokesperson said.

However, the quake and several aftershocks caused panic in Jayapura, the capital of Indonesian Papua, Indonesia’s disaster mitigation agency said in a statement, but there were no reports of casualties or damage there.

The IRC’s Regmi said communications were “completely down” in Tari, one of the larger settlements near the quake’s epicentre, and that landslides had cut roads.

Several other aid and missionary agencies said poor communications in the area made damage and injury assessment difficult.

Earthquakes are common in Papua New Guinea, which sits on the Pacific’s Ring of Fire, a hotspot for seismic activity due to friction between tectonic plates.

“This is the Papuan fold-and-thrust belt, so it’s a typical movement of faults in that region, but it’s big,” said Chris McKee, acting director of the Geohazards Management Division in Port Moresby.

Part of PNG’s northern coast was devastated in 1998 by a tsunami, generated by a 7.0 quake, which killed about 2,200 people.