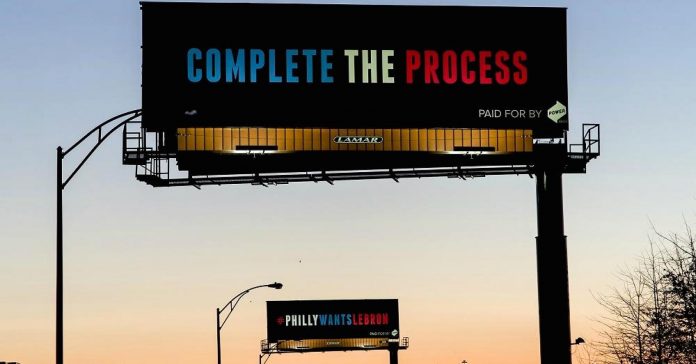 “This type of bold initiative, purchasing outdoor ads with an aim to go viral, to build camaraderie is not unusual for us. However, this campaign has gone further than we could have imagined — a reach of almost 80 million on Twitter,” Power Home Remodeling’s vice-president, public relations Michelle Bauer told CNBC via email.

“Three Billboards outside Ebbing, Missouri,” tells the story of a mother urging the police to find a culprit for her daughter’s murder via billboard adverts. Since its release, the movie has inspired others to use similar-style posters, including Reddit founder Alexis O’Hanian proclaiming new wife Serena Williams the “Greatest momma of all time” via four billboards near Palm Springs, California.

In the U.K., Justice 4 Grenfell, the campaign group for the survivors and families of the 71 people killed in the Grenfell residential tower fire in London, parked three billboards outside British Parliament buildings in February, asking why no arrests had been made.