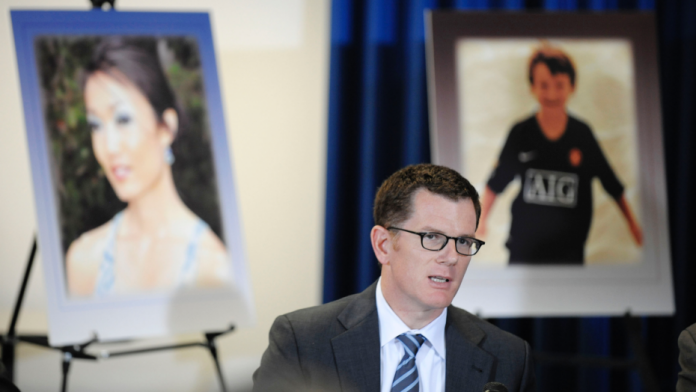 SAN DIEGO –  Sheriff’s investigators concluded that the 2011 hanging of a woman at a Southern California mansion was a suicide, but a civil wrongful-death lawsuit going to trial this week blames her wealthy boyfriend’s brother.

The lawsuit was filed by the mother and sister of 32-year-old Rebecca Zahau, who was the girlfriend of pharmaceuticals executive Jonah Shacknai, The San Diego Union-Tribune reported Monday.

Zahau was the only adult known to have been present two days earlier in the mansion in the beach resort city of Coronado on San Diego Bay when Shacknai’s 6-year-old son, Max, suffered brain injuries in a fall from a staircase. His death five days later was classified as an accident.

The defendant is Shacknai’s brother, Adam, who called 911 on July 13, 2011, to report finding Zahau hanging from a balcony and saying he cut the rope to lay her on the ground before emergency workers arrived.

Zahau had rope around her wrists and ankles, but after a lengthy investigation sheriff’s officials concluded her death was a suicide.

Authorities told reporters evidence showed her body was discovered six hours after she retrieved a voice mail that said the condition of the boy had worsened and he was unlikely to survive.

They also showed reporters a video reenactment of how investigators believe Zahau loosely bound her wrists, took one arm out and put both arms behind her back before tightening the noose. Footprints on the dusty balcony and DNA on a knife, rope and bedposts also helped investigators reach the conclusion.

Zahau’s family did not believe her death was a suicide. They initially sued Adam Shacknai, Jonah Shacknai’s ex-wife and her sister, but the women were dropped from the lawsuit when evidence showed they were not present at times important to the case.

The initial suit filed in federal court sought $10 million in damages but that court declined to take jurisdiction for the case and a new lawsuit was filed in state court.

Adam Shacknai’s defense team includes Chicago attorney Daniel Webb, who called the lawsuit “shameful” and said there is no credible evidence that Shacknai played any role in Zahau’s death other than finding her.

“We are confident that the trial in this case will conclusively vindicate Adam and finally bring closure to these outrageous allegations,” the statement said.

The Zahau family’s attorney, Keith Greer, told San Diego TV station KSWB in November that his clients are not seeking money and that a monetary settlement would be rejected if one is offered.

“It’s a matter of honor at this point. They want to clear their sister’s name and expose the person who did this,” he said.