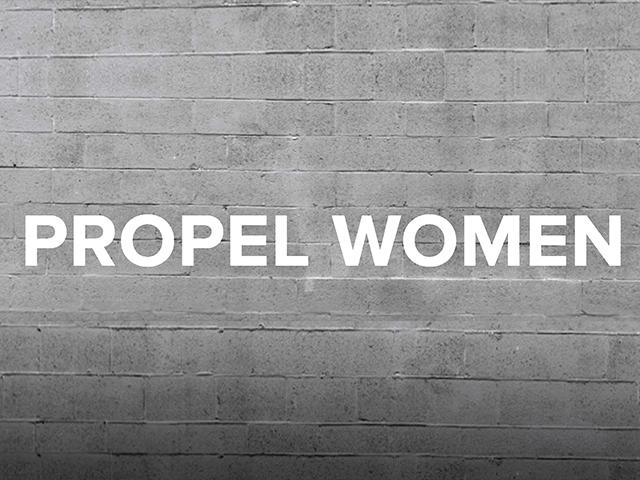 WOODBRIDGE, VA- It’s not your grandmother’s women’s conference.  Propel Women Activate is a day of worship, fun and truth.

On this day, it brought hundreds of women from 19 states and 300 churches to Woodbridge, Virginia seeking to tap into their passion, purpose and potential.

“This is not a day to be unholy, or disobedient. This is a day to be holy. What does it mean to be holy? It means to actually live in such a way that people know you don’t belong to this earth. That you are consecrated to your God that you belong to Jesus Christ,” speaker Lisa Bevere told the crowd.

Propel Activate conferences are popping up all over the US and women are lining up for blocks to get inside.

It’s not only for inspirational messages from leaders like Sarah Jakes Roberts, Beth Moore and Lisa Harper, it’s also to hear from ladies just like them – from homeschooling mothers, to artists, to record company executives.

Propel co-founder Christine Caine says the idea formed when she noticed a generation of women slipping away.

“I began to see we were starting to hemorrhage a generation of young women out of the church because we were not really speaking to where they were at. We were speaking to only a predominantly stay-at-home mother,” Caine told CBN News.

“And yet, there were young women that were going to college who were educated and single for a lot longer, women who were single again. And I thought we’ve got to not hemorrhage a generation to secular feminism, we’ve got to raise up a generation,” she explained.

She says there is a whole group of women uniquely positioned to do good in the kingdom.

“The Lord spoke to me out of Matthew chapter nine. The harvest is plentiful but the laborers are few. Pray to the Lord of the harvest to send forth laborers into the harvest. And that word, ‘send forth’ in the Greek is propel,” she said.

Propel women are greeted online and on social media with inspirational verses, videos and articles.

Caine hopes all Propel women, stay- at-home mom and corporate CEO alike, come away with a sense unity and vigor for what they can accomplish.

“Let’s tear down walls, and build bridges. Whether you are a stay-at-home, homeschooling mother of five kids or a corporate CEO, or an entrepreneur or anything in between. Let us cheer each other on and say God has gifted us all uniquely to reach our world, in our generation. Let’s be one another’s greatest cheerleaders,” she encouraged.

That message of passion, purpose, potential and unity is spreading; one city at a time and one woman at a time.