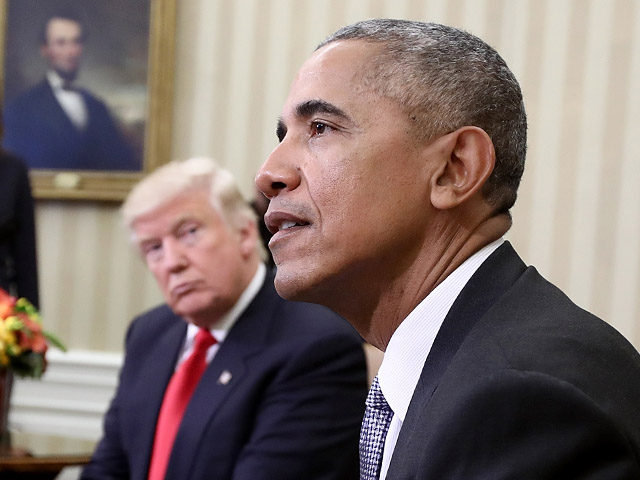 We’ve known since early February that a call by former national security adviser Mike Flynn to the Russian ambassador was monitored by U.S. intelligence. There’s nothing improper in tapping foreign officials. But it was improper that Mr. Flynn’s name was revealed and leaked to the press, along with the substance of his conversation. The media nonetheless excused all this by claiming one piece of Mr. Flynn’s conversation (sanctions) was relevant to the continuing investigation into Trump-Russia ties.

Around the same time, Mr. Nunes’s own intelligence sources informed him that documents showed further collection of information about, and unmasking of, Trump transition officials. These documents aren’t easily obtainable, since they aren’t the “finished” intelligence products that Congress gets to see. Nonetheless, for weeks Mr. Nunes has been demanding intelligence agencies turn over said documents—with no luck, so far.

Mr. Nunes earlier this week got his own source to show him a treasure trove of documents at a secure facility. Here are the relevant details:

First, there were dozens of documents with information about Trump officials. Second, the information these documents contained was not related to Russia. Third, while many reports did “mask” identities (referring, for instance, to “U.S. Person 1 or 2”) they were written in ways that made clear which Trump officials were being discussed. Fourth, in at least one instance, a Trump official other than Mr. Flynn was outright unmasked. Finally, these documents were circulated at the highest levels of government.

To sum up, Team Obama was spying broadly on the incoming administration.