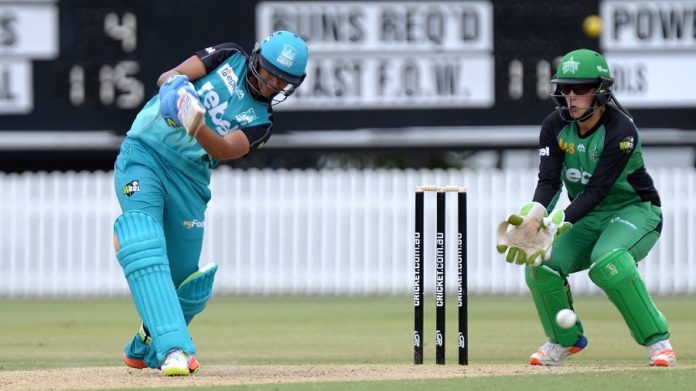 Allrounder
Mona Meshram has replaced the injured Smriti Mandhana in India’s 14-member squad for the Women’s World Cup qualifiers, which begin in Colombo from February 7.

Mandhana, who represented Brisbane Heat in the Women’s Big Bash League, had hurt her knee during a match against Melbourne Renegades on January 15.

Meshram was originally left out for the World Cup qualifiers though she was part of the ODI squad in India’s most recent series – against West Indies in November. She has played eight 50-over matches for her country having made her debut in June 2012.

India play a practice game against South Africa on February 5 before they start their World Cup qualifiers campaign against hosts Sri Lanka on February 7.