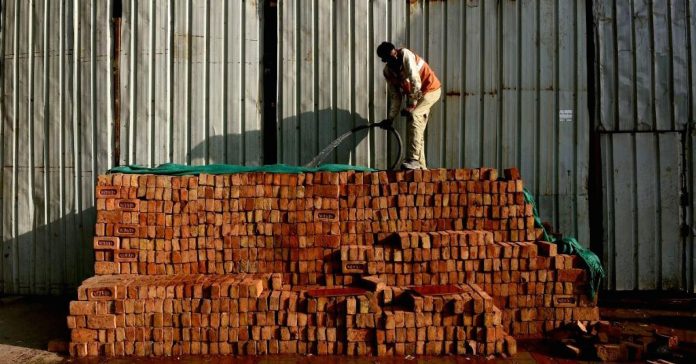 Economists at Singapore’s DBS bank said in a note that a rebound in growth was likely helped by a jump in industrial production, and factory activity recovered from a lull that followed India’s introduction of a goods and services tax last year.

In December, India’s factory activity expanded at the fastest pace in five years on the back of rising output and new orders. Meanwhile, industrial output for the month rose 7.1 percent on-year, beating a market forecast of 6.2 percent.

“Net external trade is expected to benefit from firmer service sector receipts, even if the merchandise deficit is widened on a bigger oil bill,” the DBS economists added.

In recent months, India’s economic conditions have become less favorable due to rising oil prices — crude petroleum is one of India’s largest imports.

Analysts at Mizuho Bank said in a note that higher oil prices in 2018, along with a wider trade deficit and inflation pressure, could see India face headwinds to growth.

“What this means is that straight-line projections of India’s growth restoration to “Modi magic” rates of 8-8.5 percent will be misguided,” the analysts said.

“Instead, a fairly bumpy ride in the 7-8 percent growth range for 2018 could be due as high oil prices, lingering banking woes and political distractions appear,” they added.

Earlier this month, Indian Finance Minister Arun Jaitley said he expected GDP to top 8 percent in the near future as he outlined the government’s plans to stimulate economic growth.