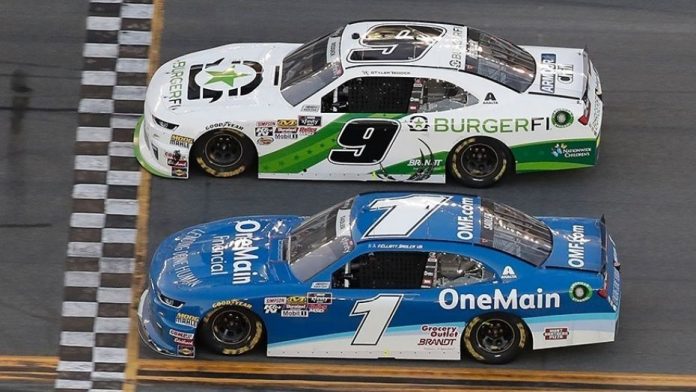 Reddick won the Xfinity Series’ season-opening race by beating JR Motorsports teammate Elliott Sadler in a photo finish, according to an Associated Press report. The margin of victory was 0.000 seconds. That made it an even tighter race than when Butch Miller bested Mike Skinner by 0.001 seconds in a Truck Series race at Colorado National Speedway in 1995.

According to AP, it was a nail-biting opener at Daytona International Speedway for NASCAR’s second-tier series, which celebrated its 100th race sponsored by Xfinity on Saturday.

It was Reddick’s debut race for JR Motorsports, which is in part owned by legendary driver Dale Earnhardt Jr. This is Earnhardt’s first season in retirement from full-time racing.

JR Motorsports has won five of the last nine Xfinity Series races at Daytona, and Reddick’s victory led a 1-2 sweep for the company.

The race was at first dominated by the combination of Kyle Larson, Joey Logano and Chase Elliott. Then a late accident sent the race to overtime. Larson, who led a race-high 61 laps, tried to block Aric Almirola after the restart and the contact caused Larson to spin and trigger an 18-car accident. Logano, who had led 28 laps, was also knocked out in the race.