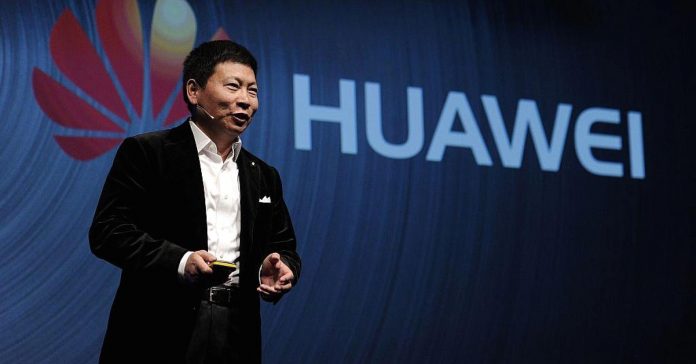 Huawei’s competitors are worried about its strength and are using politics to kick the company out of the U.S. market, the head of the Chinese giant’s consumer business said on Sunday, adding that mobile carriers want to work with it.

The Chinese electronics titan has had a tough time in the U.S. of late. A deal for Huawei to sell its flagship Mate 10 Pro smartphone in the U.S. via AT&T fell through. And six top U.S. intelligence chiefs told the Senate Intelligence Committee earlier this month, that they would not advise Americans to use products or services from Huawei.

Richard Yu, CEO of Huawei’s consumer business, called the developments in the U.S. “ridiculous” and said that its rivals are playing politics.

“Our competitors are using some political way … to try to kick us out from the U.S. market but we have no issue at all. We are transparent … we are a leading high-tech, innovative company,” Yu said on Sunday. “But they cannot compete with us on product, on technology, on innovation, so they compete with us [using] politics.”

In the testimony to the Senate Intelligence Committee, FBI Director Chris Wray said the intelligence body is “concerned about the risks of allowing any company or entity that is beholden to foreign governments that don’t share our values to gain positions of power inside our telecommunications networks.”

Yu said that Huawei is “independent.”

“We are not bundling with … any government … we are independent from all the government political things. We are never involved in any of this,” Yu said, adding that the company has “no issue” with privacy or cybersecurity.

The executive did not confirm if the company is in talks with other U.S. carriers, but did say that all the networks are open to doing business.