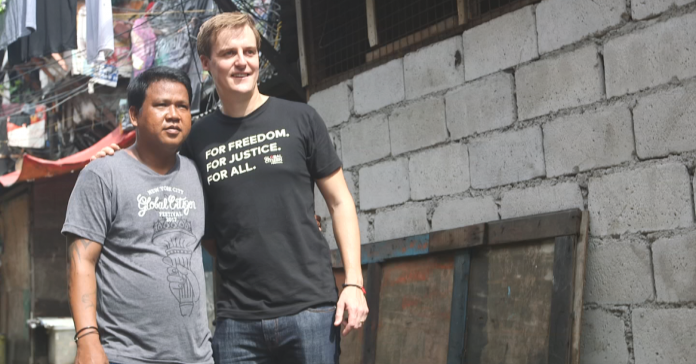 “And just lying there that night, it struck me that it was pure chance that I was born in Australia and Sonny Boy was born there. We don’t deserve or have no entitlement to the lottery of life that we have. And so it struck me that night that this was going to become much bigger and much more important for me. I had to do something.”

Evans subsequently founded Global Citizen, an organization aiming to eradicate extreme poverty by 2030. He lost touch with Sonny Boy after returning to Australia, but following a TED talk he gave in February 2016 mentioning his time in Manila, a local charity put the pair back in touch.

They met during filming of the latest episode of “The Brave Ones.”

“It’s funny how a moment, a night can have such a huge impact on your life. For me, that night in 1998 here in the Philippines, here in Manila was undoubtedly one of the most important moments of my whole life,” he said.