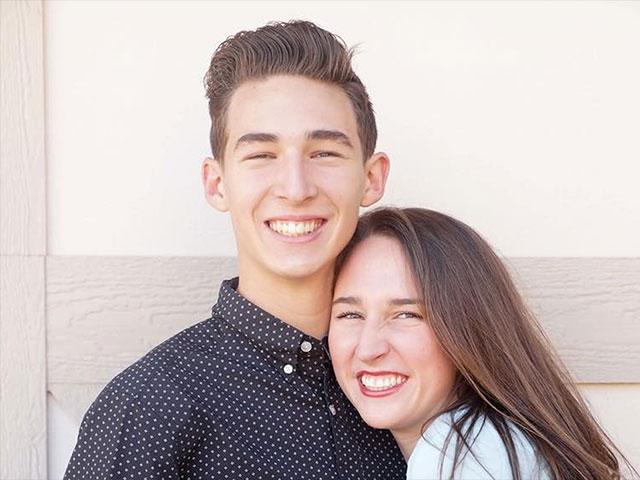 “To top it off, Caleb also spoke today! Many of you have prayed his first word would be “mom,” and guess what…his first word was mom. He also said hi and ow! Can you believe it??? We serve THE God of miracles. We are in awe of our God,” he added.

The teen’s ability to speak is just one answer to prayer. His responsiveness has also increased dramatically over the last week.

Caleb can also write and recognizes himself in photographs.

“The speech therapist took a white dry erase board and asked him to write his name…WHICH HE DID!!! He also drew a triangle and copied the word hammer. As he did these things, we wept and rejoiced and praised God!!! Every single person caring for Caleb CANNOT believe his quick progress,” Jeremy Freeman wrote.

Caleb and his younger brother, Clayton Freeman, were on their way to an Oklahoma University basketball game when Caleb lost control of the vehicle they were in and hit another vehicle. Clayton walked away from the accident with minor injuries, but Caleb sustained major brain trauma. Thousands of people around the world have been praying for the teenager’s recovery on social media.

Oklahoma Highway Patrol officers said driving at a high rate of speed on a slippery road was the reason for the crash.

The Freeman family asks people to continue praying for their family.

“Caleb is well on the way! Please keep praying and calling out to God for full and complete healing,” Jeremy Freeman wrote.